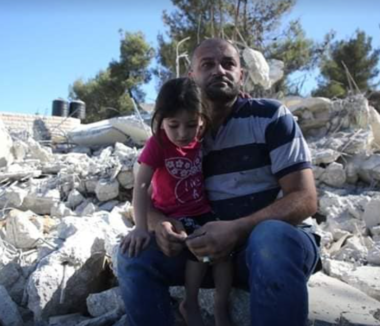 Israeli soldiers demolished, Thursday, an under-construction home in Beit Ummar town, north of Hebron, in the southern part of the occupied West Bank.

The soldiers invaded Wad ash-Sheikh area, near the Jerusalem-Hebron Road, in Beit Ummar town, and demolished the property which belongs to Ali Mohammad al-‘Allami.

Media sources in Beit Ummar said the demolished property was 150 square meters and was destroyed under the pretext of being built without a permit from the Israeli “Civil Administrative Office,” the executive and administrative branch of Israel’s illegal occupation of the West Bank.

It is worth mentioning that the area has been subject to frequent Israeli violations, including the demolition of homes and property, in addition to the bulldozing, uprooting and the illegitimate annexation of the Palestinian lands to build and expand the illegal colonies.