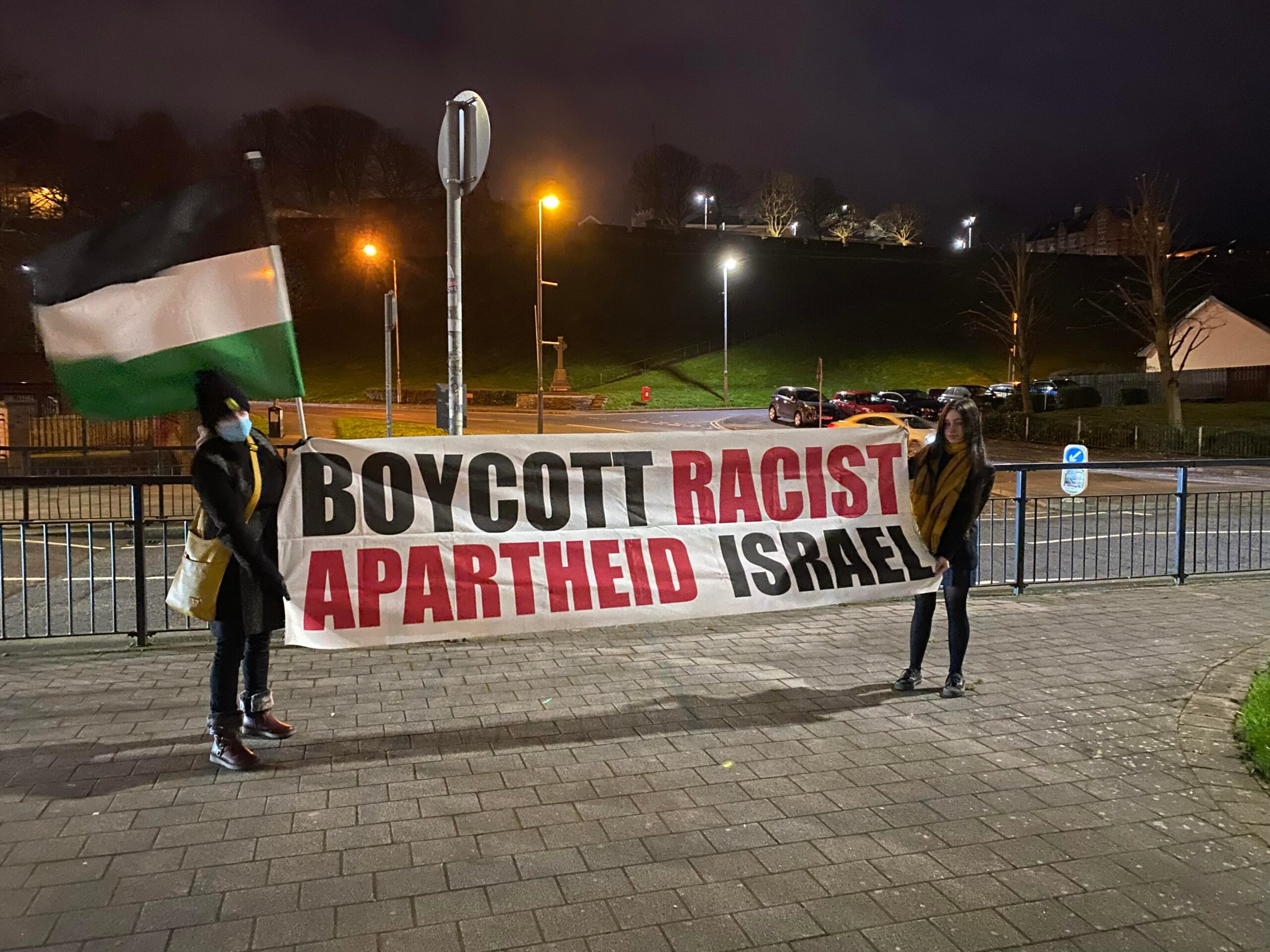 January 28, 2022: For IMEMC News, Niall Ó Brolcháin:  A large crowd gathered at the iconic Free Derry Corner in the Bogside area of Derry City, Ireland, as the Derry branch of the Ireland Palestine Solidarity Campaign (IPSC) held a demonstration against the ethnic cleansing of Palestinian land by the Israeli apartheid regime.

“What we do and say now about what’s happening in Palestine will go down in history. The silence and inaction of the Irish and British governments in these moments equals complicity.

“We must raise our voices and demand sanctions against Israel now for its apartheid policies, war crimes, and human rights abuses.”

Also speaking at the rally was Shaun Harkin of People Before Profit (PBP) who stated that, whilst we were here to show our solidarity with the Palestinians, we must also show our support for Holocaust Memorial Day which was held the previous day, dedicated to the remembrance of the Jews and others who suffered under Nazi persecution.

The demonstration is more poignant this weekend as the people of Derry and beyond commemorate the 50th anniversary of Bloody Sunday when British paratroopers shot dead 14 unarmed civilians as they marched through the streets of Derry demanding civil rights for the nationalist population who, like their Palestinian comrades, are also living under a colonial occupying regime.