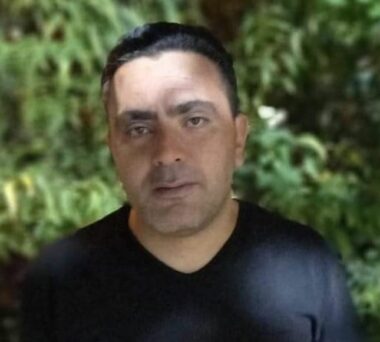 The Palestinian Prisoners’ Society (PPS) has reported, Thursday, that a detainee, identified as Saed Abu Obeid, 41, from the northern West Bank city of Jenin, started a hunger strike four days ago, protesting being held under arbitrary Administrative Detention orders, without charges or trial.

The PPS said Abu Obeid is held at the Negev Desert Detention Camp and added that he was abducted on November 30th, 2020, and was sentenced to four and a half months in prison, however, once he served his sentence, he was slapped with an Administrative Detention order which was supposed to end in March of this year, 2021.

It added that the Israeli Prison Authority is holding Abu Obeid in solitary confinement, to force him to end his strike.

It is worth mentioning that Abu Obeid was repeatedly abducted and imprisoned by the army, and spend about twelve years in prison.

There are 440 Palestinian detainees, including two children and three women, who are held under arbitrary Administrative Detention orders, many of them were frequently imprisoned, spending years behind bars.

According to data by Addameer Prisoners Support And Human Rights Association, Israel is holding captive 4450 detainees, including 543 who are serving life terms, in addition to 140 children, and 374 women.

Addameer stated that 498 political prisoners are serving prison sentences of more than 20 years, and added that 63 detainees have been imprisoned for at least twenty years, in addition to 33 detainees who were taken prisoner more than 25 years ago.

It is worth mentioning that another Palestinian detainee, identified as Emad Ibrahim Sawarka, from Jericho, is ongoing with a hunger strike for the 22nd day, protesting his continued Administrative Detention.

Sawarka is also a former political prisoner who was repeatedly abducted by the army and spent more than nine years in prison.

In the meantime, Palestinian administrative detainee Emad Ibrahim Sawarka, from the occupied West Bank city of Jericho, is also on his 22nd day of hunger strike against detention without charge or trial.

In related news, the (PPS) has reported, on Wednesday evening, that the hunger-striking detainee, Emad al-Batran, 47, has suspended his hunger strike, which lasted for 47 days, after reaching an agreement for his release in July.