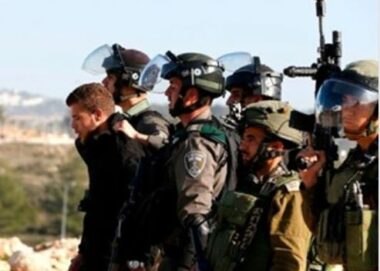 Israeli soldiers abducted, Thursday, six Palestinians from the same family, including a father and his three sons, after the army invaded a residential building in Hebron city, in the southern part of the occupied West Bank.

Rateb Jabour, the coordinator of the National Committee against the Annexation Wall and Colonies in Hebron, said the soldiers invaded and ransacked several apartments in the building, before abducting the six Palestinians,

The soldiers also searched the area around the building and demolished several retaining walls.