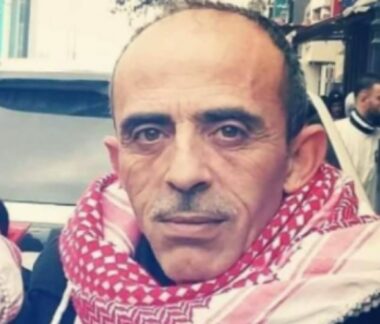 The Palestinian Prisoners Society (PPS) has reported, on Tuesday evening, that a hunger-striking detainee has suspended the hunger strike.

The PPS stated that the detainee, Ahmad Nazzal, from the northern West Bank city of Jenin held the hunger strike for 21 days.

The PPS added that Nazzal suspended the strike after reaching an agreement with the Israeli Prison Authority confirming that his current Administrative Detention order, holding him captive without charges or trial, will not be renewed.

Nazzal was forced into solitary confinement at the Mageddo Israeli prison after he began the strike and faced frequent violations aiming at forcing him to end his strike without achieving his legitimate demands.

It is worth mentioning that twelve Palestinian detainees are still ongoing with the hunger strike.

In related news, Israeli soldiers assaulted a hunger-striking detainee, identified as Salem Ziyadat who started the strike a month ago, protesting his ongoing Administrative Detention.

Ziyadat is held at the Negev Detention Camp which also witnessed various assaults against the detainees who protested the attack targeting him.

After assaulting Ziyadat, the soldiers transferred dozens of detainees to several sections in the detention camp.

It is worth mentioning that fourteen detainees, held at the Ramon Israeli prison, have been officially diagnosed with the coronavirus.