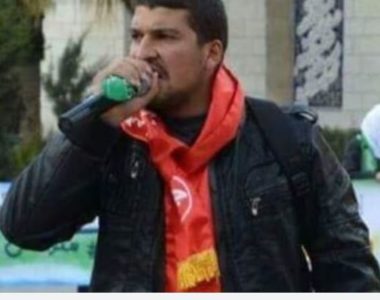 The Palestinian Prisoners’ Society (PPS) has reported, Thursday, that a detainee from Deheishe refugee camp, south of the West Bank city of Bethlehem, is ongoing with the hunger strike for the 23rd day despite his deteriorating health condition.

He added that Khaled has already lost seven kilograms (15.4 Pounds) of his weight, and is frequently vomiting, in addition to suffering from dehydration, severe headache, pain in his abdomen and joins, and is unable to walk or even stand.

The Executive head of the PPS office in Bethlehem Abdullah Zaghari, held the Israeli Prison Administration responsible for the life of the striking detainee, especially since it has been refusing to allow his lawyer to visit with him, in addition to denying him the right to family visits.

It is worth mentioning that Farraj is a physical education teacher and was taken prisoner 16 months ago. Since then, he was slapped with three Administrative Detention orders; he started his strike on March 26th, 2019.