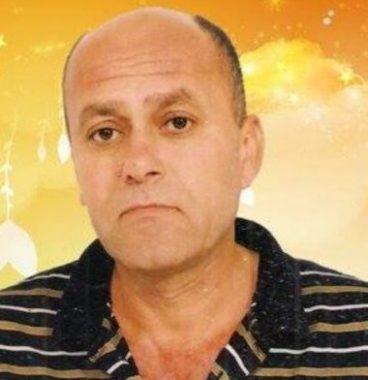 The Palestinian Detainees’ Committee has reported, Thursday, that a detainee is ongoing with a hunger strike for the twelfth consecutive day, demanding to be released due to various health issues.
The committee stated that the detainee, Omar Hashem Ahmad al-Khatib, 60, is from Jabalia, in the northern part of the Gaza Strip.

It said that the Israeli administration in Asqalan has imposed various punitive measures against the detainee, including forcing him in solitary confinement, denying him family visits and access to the canteen for two months.

The Committee also stated that the soldiers invaded his room, and carried out violent searches.
Following his strike, Al-Khatib started suffering from dryness, fatigue, dizziness and difficulties hindering his ability to walk, in addition to his per-existing conditions, including high blood pressure, high cholesterol and inflammation of the spine.

It is worth mentioning that the detainee was taken prisoner on July 20th, 1997, and was sentenced to a life term and additional twenty years in prison, for resisting the occupation, and allegedly for killing an Israeli soldier. Al-Khatib is a married father of four children.