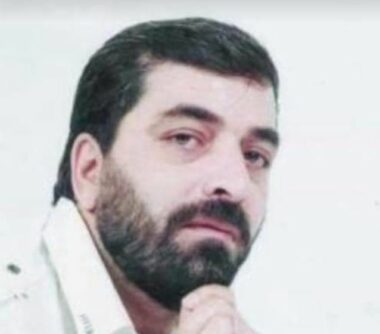 The Israeli Prison Administration forced a Palestinian detainee, who is serving a life term, into solitary confinement only three weeks after he was removed from solitary after spending eight months in a cell.

The Palestinian Prisoners’ Society (PPS) has reported, Sunday, that the detainee, Omar Kharwat, 49, from Hebron city in southern West Bank, was moved to solitary confinement, after he was transferred to HaSharon prison.

The PPS added that, about twenty days ago, Kharwat was released from solitary confinement, which lasted for eight months, and now the prison authority has forced him in a cell again.

The PPS said the Israeli authorities constantly target imprisoned intellectuals, political leaders, and figures, as part of its ongoing violations against the detainees and their basic rights.

Kharwat was first forced into solitary confinement in March, along with Hazem al-Qawasma, who was held in a nearby cell. The two detainees were living in dirty cells that lack basic requirements for human beings, deprived of all rights, including family visits and meetings with lawyers.

After protests by numerous Palestinian detainees, the army transferred al-Qawasma from his solitary confinement cell in Gilboa prison to a section in Hadarim.

However, Kharwat remained in solitary confinement in Majeddo prison and was recently moved to a cell in Shatta.

It is worth mentioning that Kharwat was taken prisoner in the year 2002, after he was shot and seriously injured by the soldiers, who also killed some of his friends, and was later sentence to a life term.