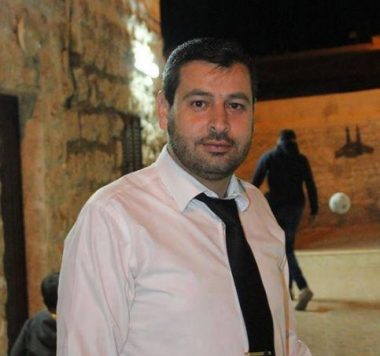 The Palestinian Detainees’ Committee has reported that a political prisoner from the southern West Bank city of Hebron is ongoing with a hunger strike, for the fourteenth consecutive day, protesting his continued Administrative Detention, without charges or trial.

The Committee said the detainee Dirar Abu Minshar, 39, is currently held in Ofer Israeli prison, and is suffering from serious weight loss, joints pain, fatigue, and abdominal pain, including in the area of the kidneys.

It added that the detainee has been held under renewed Administrative Detention orders for more than a year.

Dirar was abducted on June 9th, 2017, after the soldiers stormed his home, and violently searched it, and within a week of his imprisonment, he received a six-month Administrative Detention order, which was renewed three consecutive times.

It is worth mentioning that Dirar was repeatedly abducted and imprisoned by the army, and spent eight years in prison, including four years under arbitrary Administrative Detention orders.