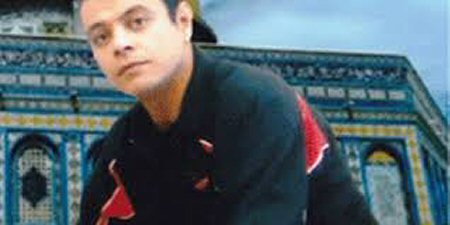 The Palestinian Prisoners Affairs Authority has confirmed that Mousa Soufan, aged 41, in Nafha prison, from Tulkarem, who has been sentenced to life imprisonment and 13 years, is in a serious health condition due to lung cancer.

Doctors say that he needs surgery to remove the lung after a deterioration in his health status, over recent weeks.
“The lung exploded on the 18th day of the strike in April last year and his participation in the open hunger strike,” Prisoners Affairs said in a press statement, on Sunday.
“He was entered to the hospital several times and he was subjected to many tests, but he did not see the results of the tests. He did not receive the required treatment what led to a serious deterioration in his health,” they explained.
Al Ray further notes that Soufan was isolated for more than 3 years, and, during the isolation, his health deteriorated. He has two brothers who are also in prison, Mohammed, sentenced to 18 years and Adnan, sentenced to life imprisonment.