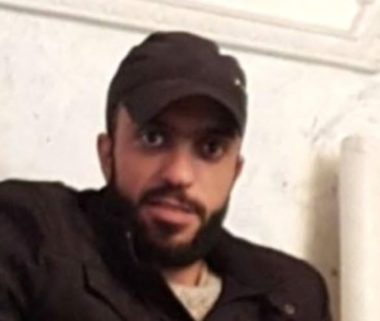 The Palestinian Detainees’ Committee has reported, on Sunday morning, that a hunger-striking detainee, identified as Ismael Ahmad Ali, 30, from Abu Dis town, east of occupied East Jerusalem, is suffering a very serious health condition after 82 days of the hunger strike.

In a statement, the Committee said that the detainee now suffers from a severe drop in his heartbeats, in addition to losing approximately %25 of his body weight.

It added that Ali also suffers from constant pain in various parts of his body and is unable to move his legs or arms.

It is worth mentioning that the detainee was previously moved to an Israeli medical center due to his bad health condition, however, he was transferred to Nitzan prison, in Ramla, where he is currently held in solitary confinement.

The soldiers are constantly invading and searching his cell, in addition to cuffing his hands and legs to his bed under the pretext of “posing danger to them,” despite his bad health condition and inability to move.

It is worth mentioning that the Commission filed an appeal against the ongoing arbitrary Administrative Detention or the detainee, holding him captive without charges or trial, and added that a court hearing was scheduled for October 24th.

It is worth mentioning that the detainee was taken prisoner on January 12th, 2019, just one day before his wedding. He was also frequently abducted and imprisoned by Israel prior to his current detention.

Five other detainees are also ongoing with the hunger strike, protesting being held under the arbitrary Administrative Detention orders.