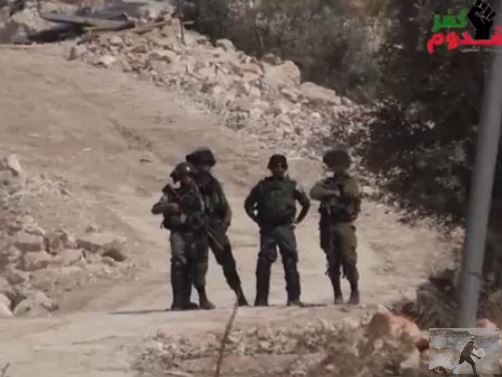 Palestinian medical sources have reported that scores of Palestinian, Israeli and international peace activists suffered the severe effects of teargas inhalation, after Israeli soldiers assaulted the weekly protest in Kufur Qaddoum town, east of Qalqilia, in the northern part of the occupied West Bank.

Morad Eshteiwy, the coordinator of the Popular Committee against the Annexation Wall and Colonies in Kufur Qaddoum, said the soldiers assaulted the protesters after they started marching from the center of the village.

He added that the soldiers fired many gas bombs, concussion grenades and rubber-coated steel bullets on the protesters.