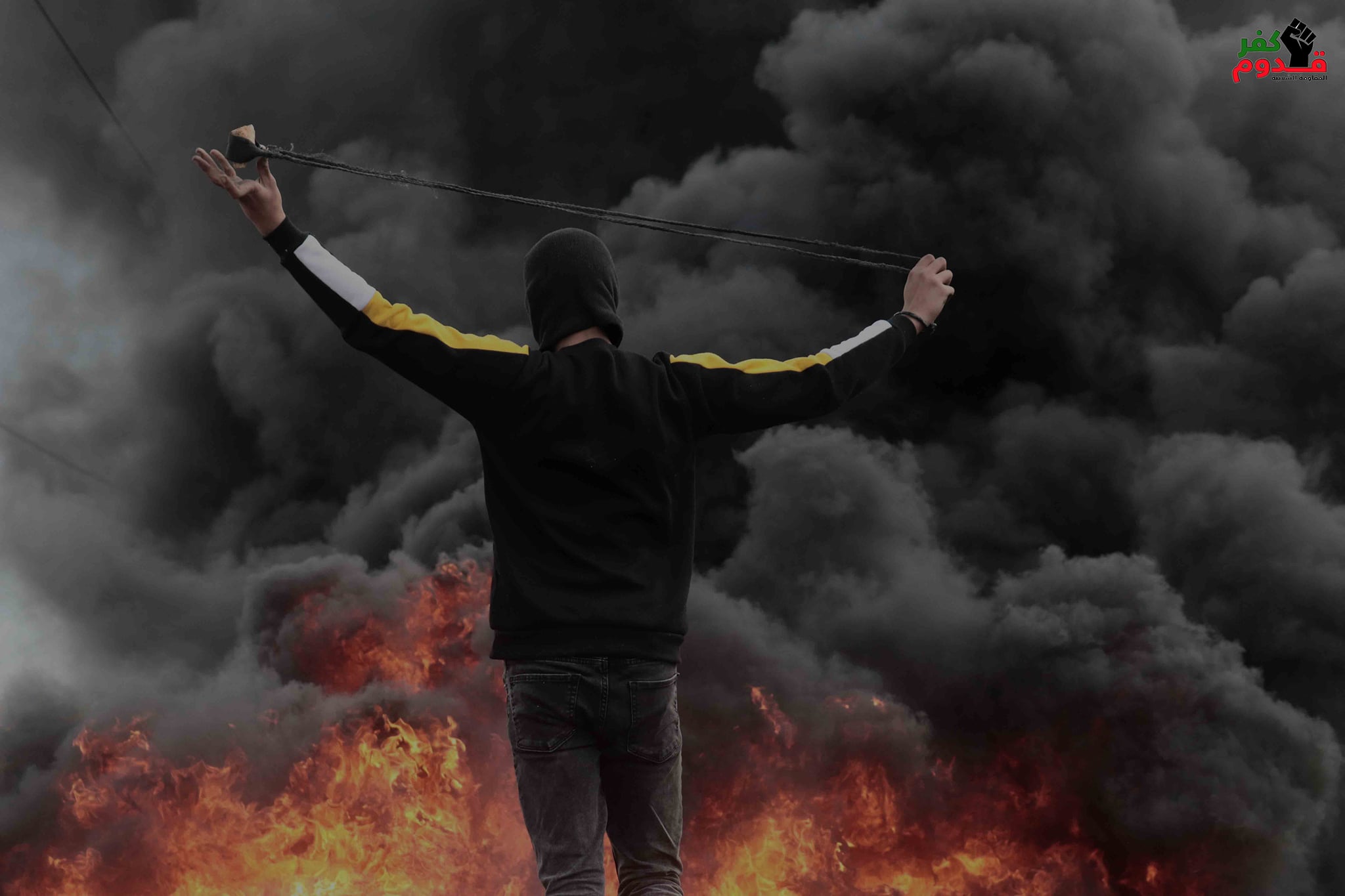 The Israeli occupation forces attacked, on Friday, Palestinians taking part in the weekly march in Kufur Qaddoum village, east of Qalqilia in northern West Bank, in opposition to the closure of the main road toward Nablus.

Media spokesman for the Anti-Wall and Settlement Commission in Qalqilia, Morad Eshteiwi, said that the army fired teargas canisters and sponge-tipped bullets at the peaceful demonstrators, causing dozens of inhalation injuries.

All injuries were treated at the scene by local medics.

Eshteiwi added that soldiers invaded the town, stormed civilian homes, and occupied their rooftops to gain a vantage point above the protestors.

The local Palestinian youths burned tires to obstruct the soldiers’ view, and hurled stones in a clear expression of opposition to the Israeli policies of illegal settlement expansion.

The main road into Kufur Qaddoum was closed by the occupation authorities in 2003, in favor of the illegal Israeli colonists from the Qadoumim colony, built on Palestinian lands.

Hundreds of villagers joined the weekly march, which began after the Friday prayer at the Omar bin Al-Khattab Mosque.

Demonstrators marched towards the closed street at the entrance of the town, repeating national slogans, and calling for widespread defiance of the occupation and settlements.

Villagers from Kufur Qaddoum and surrounding area have gathered weekly on Fridays and Saturdays for many years to pressure the Israeli authorities to reopen the main street.

From the Wall and Settlement Resistance Commission