Due to Corona, Israel to Let Palestinian Workers Stay in Workplaces 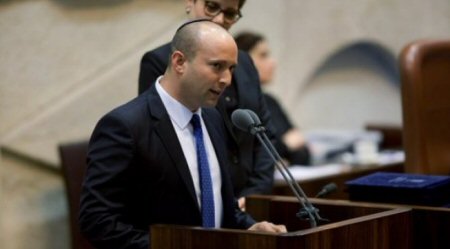 Israeli Minister of Defense, Naftali Bennett, decided on Tuesday to let many thousands of Palestinian workers, working inside Israel, to stay for several weeks in Israel.

Bennett’s statement, reported by Israeli media, suggested that Palestinian workers, who work in the various sectors with recruitment by Israeli contractors, can stay for a period of one to two months, provided that their contractors produce a statement of guarantee to the concerned Israeli authorities.

“Starting Wednesday, those West Bank-based Palestinians, who happen to work or trade in vital sectors, such as health, agriculture and building, can reside in Israel”, Bennet was quoted as saying on Israeli radio.

The Israeli official added that regarding the West Bank city of Bethlehem and the coastal Gaza Strip, a closure of border crossings will remain in place, except for the southern Gaza commercial crossing of Kerem Shalom, of which Israel has exclusive control.

The West Bank city of Bethlehem is reported to have been hit by the Corona Virus, with dozens of cases discovered. Meanwhile, Gaza Strip has been reportedly proved a virus-free region. Israel has been imposing a blockade on Gaza since 2007, when the Islamist Hamas party took control of the coastal enclave.

These new Israeli measures for Palestinian workers, whose number surpasses 100,000, comes as Israel has been hit by the internationally-spread Corona Virus.

According to Israeli media, the number of cases of Corona Virus in Israel has reached 298, with four in critical condition.

Additional Israeli measures to counter the virus has been to give unpaid vacations for some employees of the various Israeli ministries, thus reducing the number of those employees to 70% only.

Israeli Prime Minister, Benjamin Netanyahu, was quoted as commenting on the situation, “New measures are not yet enforced on public transport means. For the time being, we are not going to impose a lockdown all over the country, yet we may consider enforcing such a lockdown only on areas that prove to be plagued by the Corona Virus”.

Prior to the current Corona Virus crisis that has swept various world countries, more than 100,000 Palestinian workers from the West Bank, would go to workplaces inside Israel, holding special working permits and returning home on daily basis.