EU to Discuss Recognition of Palestine 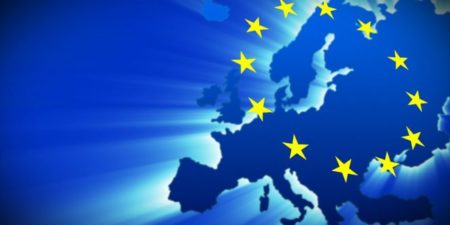 Foreign Ministers of the European Union are expected to exchange views, next month, on whether the 28-nation bloc should recognize Palestine as a sovereign state as the US pushes ahead with pro-occupation policies, undermining the prospect of the so-called two-state solution to the Israeli-Palestinian conflict.

Ireland and Luxembourg are among the EU member states seeking to raise the issue at the EU Foreign Affairs Council meeting in Brussels, on January 20, 2020.

Speaking on Monday, EU foreign policy chief Josep Borrell said the top diplomats will discuss whether the bloc should modify its Middle East policy, following Washington’s decision “on the legality of the Israeli colonies and some fears that they (the Americans) can continue taking decisions on this in this way.”

He was referring to US Secretary of State Mike Pompeo’s announcement, last month, that the establishment of settlements in the occupied West Bank “is not per se inconsistent with international law.”

“Certainly we are in a difficult period in the Middle East Peace Process. We continue holding our position, that is to say a negotiated two-state solution. But for sure if we want a two-state solution we need to help and encourage both parties to enter a serious and credible negotiation. And this is not the case – really, it is not the case,” Borrell said, according to the PNN.

“Recognition is not an EU competence. It is a responsibility of individual Member States. But we continue, as European Union, supporting a two-state solution. And what we have decided is that in January, we will devote one point of the agenda to deeply discuss the situation in Middle East and of the Middle East Peace Process,” he added.

He also noted that the recognition of the Palestine is among the “very much dividing” issues among EU countries.

On Sunday, Luxembourg Foreign Minister Jean Asselborn sent a letter to his EU counterparts and Borrell, saying the only way to save the so-called two-state bid was to create “a more equitable situation” between Israel and Palestine.

“It is time to start a debate within the European Union on the opportunity of a recognition of the State of Palestine by all its Member States,” Channel 13 cited the letter. Such recognition “would neither be a favor, nor a blank check, but a simple recognition of the right of the Palestinian people to their own State.”

Asselborn further stated that hopes for the two-state solution were “being dismantled piece by piece, day after day.”

“The policy of settlement and demolition risks replacing the two-state solution with a one-state reality, marked by perpetual conflict, occupation and unequal rights,” he pointed out.

Palestinians are seeking to create an independent state in the territories of the West Bank, the Gaza Strip and East Jerusalem al-Quds, with the latter as its capital.

The Palestinian national flag was hoisted, for the first time, at the UN headquarters in New York, in September of 2015.