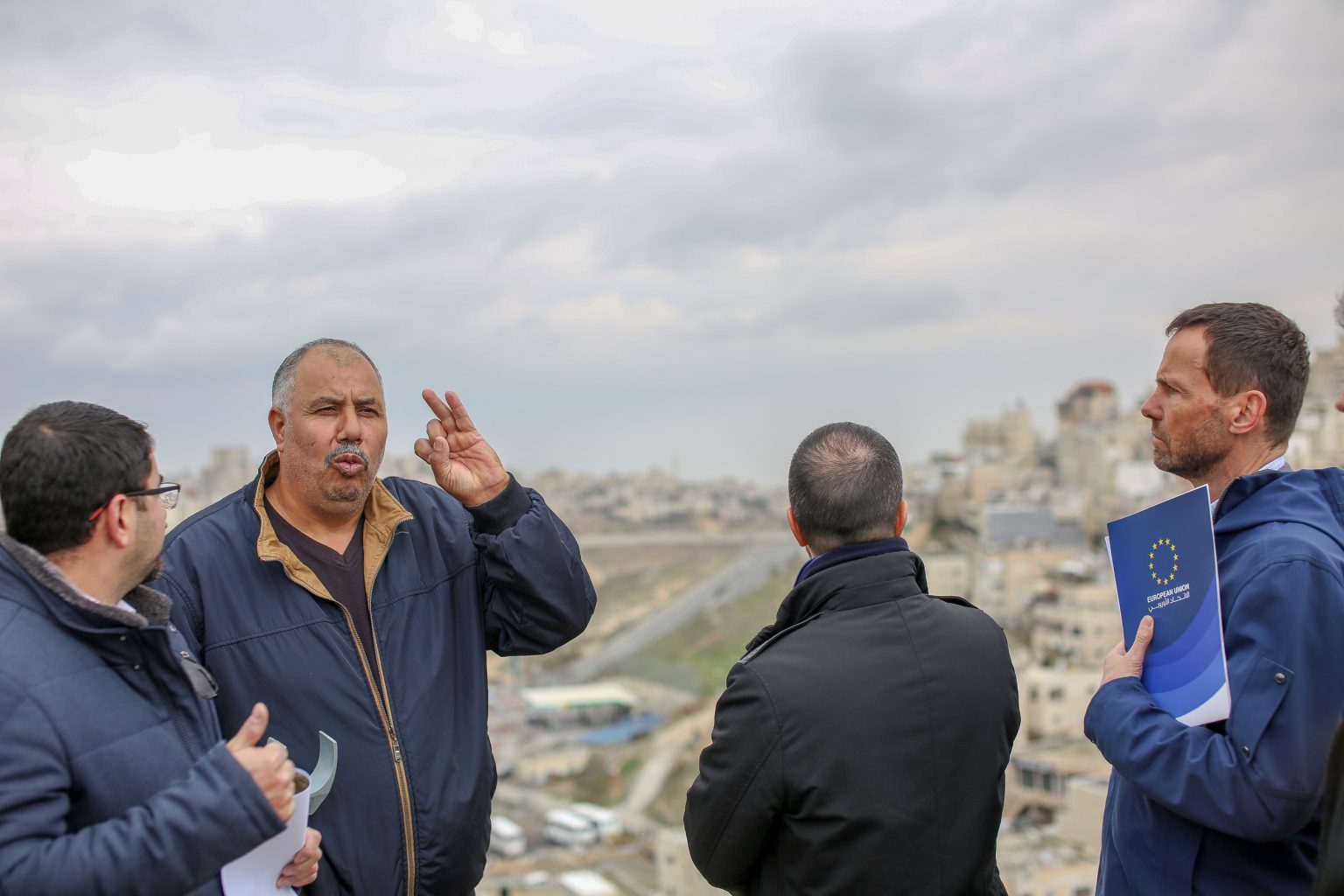 The European diplomats met with Palestinian residents and representatives of civil society organisations, and they were briefed about the unprecedented number of Israeli police and military incursions observed in the neighbourhood, especially since May 2019.

One Palestinian, Mohammad Samir Obeid, 21, was killed in June of 2019, 700 Palestinian civilians have been arrested, and 300 injured, in several incidents of police brutality, and excessive use of force, including the use of live ammunition, rubber bullets, tear gas, stun grenades, and physical assault.

It is important to note that the oppressive and terrorizing effects of Israeli arrests, interrogations, and ransacking of homes, and the demolition of Palestinian homes, is experienced by the entire community.