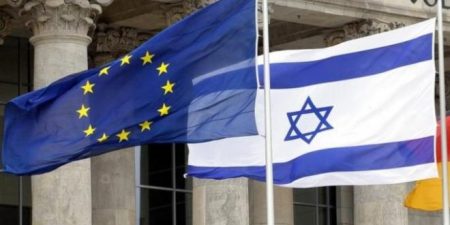 The European Union’s (EU) Political and Security Committee (PSC) discussed, in its session on Wednesday, a secret report that strongly criticized Israel and its policies, Palestine’s ambassador to the EU, Abdul Rahim al-Farra, said on Saturday.

He said, in an interview with the official Palestine TV, that the PSC, which is composed of ambassadors from the 28 EU member states, also discussed the situation in occupied East Jerusalem, in particular, and came out with recommendations that will be presented to the EU’s Foreign Affairs Council when it meets on February 25 and 26, in Brussels.

He said, according to WAFA, that the PSC recommended the EU play a primary and active role in the Middle East peace process in order to salvage the two-state solution.

It also discussed EU-funded projects in East Jerusalem and Area C of the West Bank, which is under Israeli military rule, and recommended that Israel should pay compensation for the destruction of these projects.