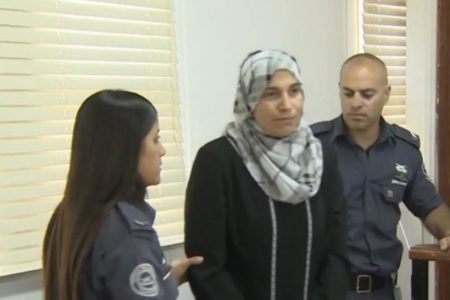 An Israeli court, on Monday, sentenced a Palestinian journalist with 13-month jail term, on incitement charges, according to Palestinian sources.

Khater was arrested by Israeli forces last year during a raid on her home in the West Bank city of Hebron, Al Ray further reports.

She was accused of incitement, through her writings, and membership in a banned organization.

An activist and a mother of five, Khater is a writer for several Palestinian publications.

She is expected to be released from prison in August.

According to Palestinian figures, more than 5,700 Palestinians are currently being held in detention facilities throughout Israel.