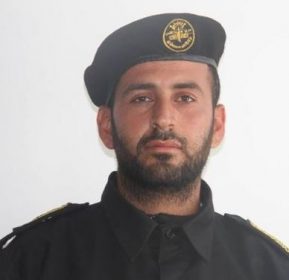 One Palestinian fighter was killed, Monday, and at least three others were injured, when a border tunnel collapsed on them, in the al-Qarara town, in the southern Gaza Strip district of Khan Younis.

The al-Quds Brigades, the armed wing of the Islamic Jihad, said the Palestinian was one of its fighters, identified as Saleh al-Astal, 28.