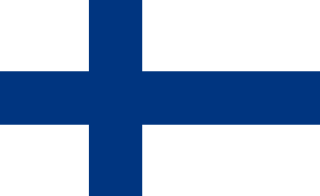 A pivotal bill was recently introduced in the Finnish parliament that would prohibit all merchandise imported from the illegal Israeli colonies in the occupied West Bank, the Jerusalem Press reported.

Veronika Honkasalo, the Finnish Member of Parliament (MP) proposed a draft law, which would ban all imports coming from the Israeli settlements which were built on expropriated Palestinian land, a breach of International Law.

Honkasalo stated, “Clearly, laws that ban such imports help businesses and consumers to act responsibly. Palestinians are suffering from the longest occupation in modern history and policies and human rights abuses that systematically violate international law. We must stop supporting Israel’s illegal settlements.”

The European Coordination of Committees and Associations for Palestine (ECCP) issued a press release hailing the proposed legislation and reminded other European officials of their commitment under International Law, the Palestinian News Information Agency (WAFA) reported.

The ECCP added that Amnesty International and the International Court of Justice have both urged states to abide by their legal obligation not to support the annexation of occupied territories or war crimes, which the Israeli occupation has been committing in Palestine for many decades.