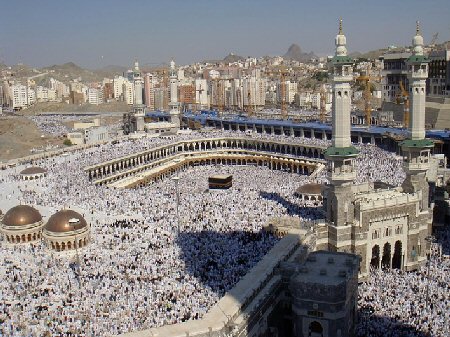 The first group of Palestinian pilgrims from the Gaza Strip left the Cairo International Airport today, en route to Saudi Arabia for the annual pilgrimage of Hajj.

Diab al-Louh, Palestine’s ambassador to Egypt, said that these 795 pilgrims, who left Gaza yesterday, are the first in nine groups comprising 2,900 pilgrims, in total, heading to Mecca in Saudi Arabia for Hajj.

He further stated, according to WAFA, that 11 international flights from Cairo, during the coming four days, are allocated for the next batches of Gaza pilgrims leaving for Saudi Arabia.