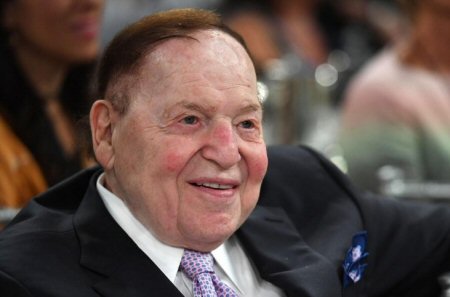 Israel has been granted protection from its critics by the state of Florida in recent amendments to the Florida Educational Equality Act (FEEA), which includes provisions that suppresses free speech. Under new definitions of anti-Semitism adopted by the American state, limits have been placed on discussions of the plight of the Palestinian people and underscoring the brutality of Israel’s occupation.

The bill is likely to open the door for criminal charges to be levelled against human rights activists and critics that advocate a single democratic state in which Israeli Jews, Palestinians and all others are granted full, equal rights. Supporters of the Palestine cause face the prospect of being silenced on the grounds that calls for equality under a single democratic state is deemed to be an attempt to deny the Jewish people their right to self-determination and that such a call for non-discrimination questions Israel’s right to exist.

Florida signed the bill while its governor, Ron DeSantis, was on tour of Israel and the occupied territories. DeSantis, who has called Florida “the most Israel-friendly state in the country”, visited the US embassy in Jerusalem to ceremonially sign the new law. He also paid a visit to Ariel University, located in an illegal settlement, to receive an honour for “his dedication, leadership and commitment to the State of Israel.” Reports also confirm that he had met with Sheldon Adelson, a top funder of the Republican Party and Israeli Prime Minister Benjamin Netanyahu.

Amendments to the definition of anti-Semitism in Florida’s House Bill 741, include examples that conflate criticism of Israel with the universally accepted definition of anti-Semitism, the main characteristic of which is hatred for the Jewish people. The new provision sets limitations on the criticism of Israeli policy by insisting that “demonising Israel” or “drawing comparisons of contemporary Israeli policy to that of the Nazis” is anti-Semitic.

Under the new provisions, focusing on the long history of human rights abuse committed by Israel can also fall foul of the law. Aiming criticism of Israel can be interpreted as “applying a double standard” and “requiring behaviour of Israel that is not expected or demanded of any other democratic nation.” Despite Israel being an occupying power and in violations of several UN resolutions and international law, “focusing peace or human rights investigations only on Israel” is cited as an example of anti-Semitism.

Further controversial examples of anti-Semitism include: “Delegitimizing Israel by denying the Jewish people their right to self-determination and denying Israel the right to exist.” Such a provision opens the door for the prosecution of anyone who called for an alternative political solution to the conflict, one that not only protected the rights of Jews to self-determination but also that of every other nation within historic Palestine.

Modern secular democracies, like the US, France and UK, which are based on the concept of civil nationalism have successfully cultivated a national identity that protects every human and political rights of multiple religious and ethnic groups who are citizens of the country. By contrast Israel, founded on the notion of ethno-Nationalism, is unable to extend such rights to non-Jews. Critics point to the Nation-State Bill and insist that the state of Israel, in fact, sanctions discrimination to insure that it remains an exclusive Zionist state.

The amendment uses language similar to the definition of anti-Semitism from the International Holocaust Remembrance Alliance (IHRA), which has been pushed by Israel lobby groups. The controversial definition has been criticised by a number of academics and legal experts.  Jewish academics, David Feldman, Brian Klug, Tony Lerman, have concluded that the IHRA definition is inadequate and unhelpful in numerous ways. Concerns were also raised by the author of the IHRA code itself, Kenneth Stern. He disagreed with its expansion saying that the document was being used around the world to chill free speech. A legal opinion of the document was provided by Sir Stephen Sedley, Hugh Tomlinson QC and Geoffrey Robertson QC who explained in detail the failings of the document.

Civil rights groups have also warned that the Florida amendment will have a “chilling effect” on free speech. The new law will be “used as a tool to censor advocacy for Palestinian freedom, the redefinition [in the Florida law] chills free speech rights and suppresses badly needed debate about US and Israeli policies that abuse Palestinian rights,” said the civil rights group Palestine Legal.

Caveats within the bill, which claims that the amendment does not undermine the First Amendment of the US Constitution, have been dismissed. “Florida’s new anti-Semitism law dramatically undermines the Governor’s initiative to promote campus free speech. It labels criticisms of Israel as anti-Semitism, & will serve as a tool to suppress student & faculty speech around one of the most hotly debated topics of our time,” said the free speech advocacy organisation Fire.