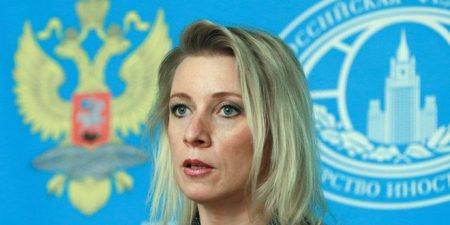 Zakharova said: “On January 16, the Russian top diplomat will receive representatives of the leading Palestinian organizations who are expected to visit Moscow in order to take part in an informal intra-Palestinian meeting on restoring national unity. .. We plan to reiterate our principal approaches towards overcoming Palestinian divisions.”

The initiative aimed at re-launching an intra-Palestinian dialog has been brokered by the Institute of Oriental Studies of Russia’s Academy of Sciences.

Delegates from major Palestinian parties will participate. Meetings will be held on January 15 – 16 with Foreign Minister Sergey Lavrov attending on January 16.

Senior delegates from social-democratic al-Fatah (Fateh), which dominates the Palestinian Authority and the Palestine Liberation Organization PLO, as well as from the undogmatic Marxist Popular Front for the Liberation of Palestine (PFLP), the Muslim Brotherhood affiliated Hamas, as well as the progressive-liberal Palestinian National Initiative party and other Palestinian political forces will participate in the meeting.