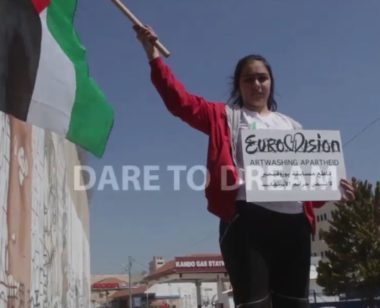 RAMALLAH, Saturday, May 11, 2019: The Palestinian News & Info Agency (WAFA) – The Ministry of Foreign Affairs and Expatriates sent several letters calling on the European Broadcasting Union (EBU) to withdraw any promotional materials for the Eurovision Song Contest 2019, filmed in the occupied city of Jerusalem, to demonstrate respect for the rights of the Palestinian people and international law.

Then Ministry also called on the EBU not to allow Israel, the Occupying Power, to exploit this global event to conceal the colonial reality in Palestine or cover up its practices of discrimination and persecution against the Palestinian people.

“The EBU has the power to influence global public opinion, and Israel, the Occupying Power, is exploiting that by using the contest to entrench its colonial occupation by effectively normalizing the global acceptance of its unlawful conduct. The promotional material published in the context of the Eurovision contest and approved by EBU, is unacceptable due to the cultural role it plays in normalizing occupation in the European and worldwide public opinion,” the letters stated.

The Ministry explained that by accepting the occupation authorities’ contest propaganda material, which wipes off the State of Palestine from the map, the EBU is implicitly recognizing and supporting Israel’s illegal policies, which systematically violate international and human rights laws, including the right of the Palestinian people to self-determination, in contradiction of European Union foreign policy.

In this context, the Ministry of Foreign Affairs and Expatriates emphasized that “the message of art and the message of Eurovision should be incompatible with the practices of colonialism and occupation. The EBU must reject all cynical attempts to politicize the Eurovision Song Contest, including the occupying power’s exploitation of the contest to normalize its unlawful conduct.”