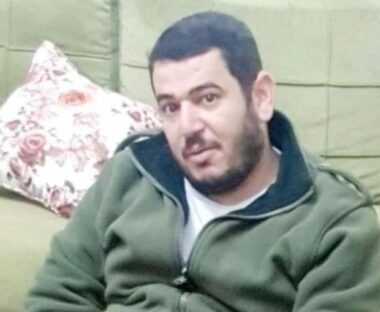 The Palestinian Prisoners’ Society (PPS) has reported that a former political prisoner, who was held by Israel and denied medical treatment, has died while receiving the needed medical attention in Turkey.

Montaser Sammour, the head of the PPS office in Jenin, in northern West Bank, said the deceased man has been identified as Mohammad Hasan Shabrawi, 38, from Jenin refugee camp. Sammour added that Shabrawi was imprisoned by Israel for five years (2013-2018) and was denied the needed medical treatment for his liver disease while in detention, an issue that caused him serious complications.

Despite being released three years ago, and undergoing treatment in the West Bank, Shabrawi faced numerous complications, before he was transferred to a hospital in Turkey, and was supposed to undergo and kidney transplant, but died on Sunday.