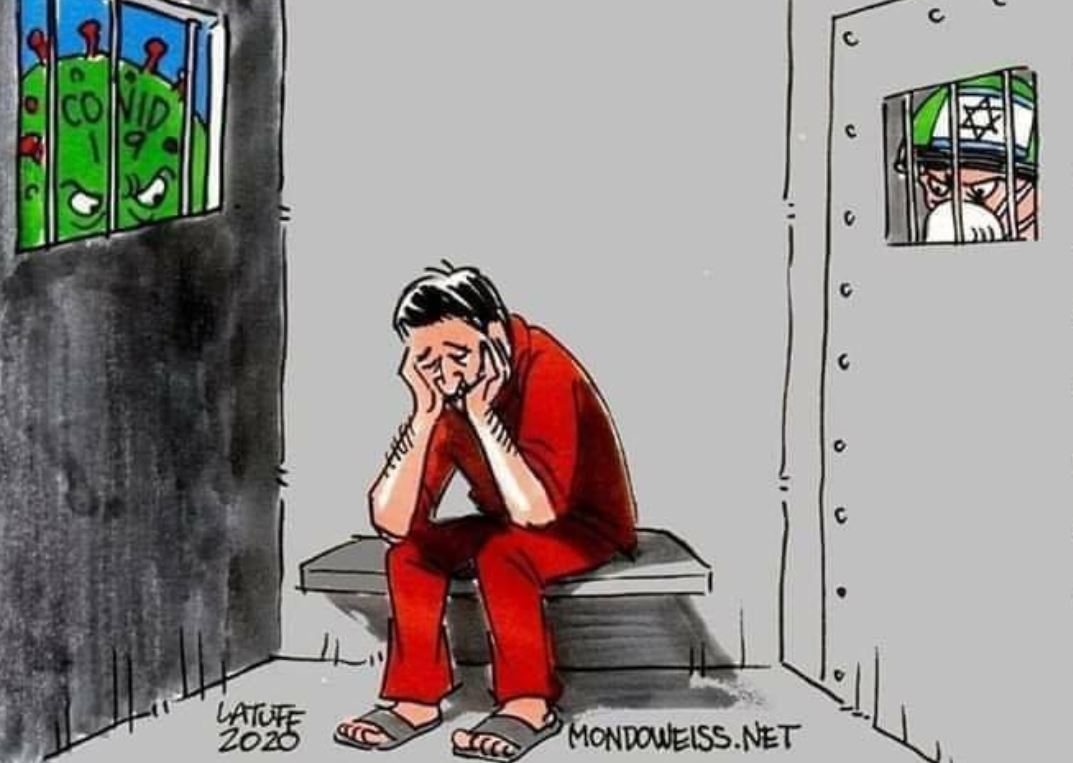 The Palestinian Prisoners’ Society (PPS) has reported that four additional detainees, held in the Ramon Israeli prison, have been diagnosed with the coronavirus, raising the number of infected political prisoners to seventy-three this month.

In a statement released Friday, the PPS said the detainees who have been officially diagnosed with the virus are held in sections 2 and 3 in Ramon Israeli prison.

It added that 73 detainees have been diagnosed with the virus this month alone, bringing the number of infected detainees in Israeli prisons to more than 295.

The PPS also said that most of the infected detainees are held in Gilboa’ Israeli prison, where in November of 2020 more than one hundred detainees became infected, in addition to many detainees in the Negev detention camp.

“Israel controls the information amidst the complete absence of international monitoring and accountability, an issue that places more risks to the lives of the detainees and increases their suffering,” the PPS said, “There are also dozens of detainees with serious medical conditions, such as cancer, diabetes, kidney and liver diseases, which makes them more vulnerable due to their compromised immune system and the lack of professional medical attention.”

It stated that the detainees who are infected with the virus are placed in dirty cells, which Israel ironically called quarantine rooms, and are not provided with the medical attention they need.

The PPS renewed its call for international human rights institutions, especially the International Red Cross, to act and monitor the health conditions of detainees, amidst the ongoing Israeli violations against them, and warmed that Israel is turning coronavirus into a tool of repressing and abuse.

It is worth mentioning that there are more than 650 Palestinian detainees, held in seven sections in Ramon prison, while most of them are serving high prison terms.