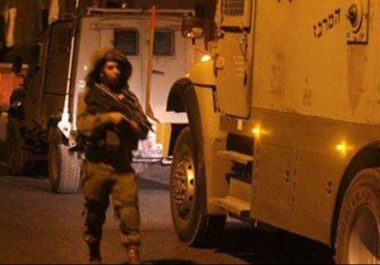 Palestinian medical sources have reported that four young men suffered, on Wednesday morning, the effects of teargas inhalation, after Israeli soldiers invaded Qalqilia, in the northern part of the West Bank.

The Emergency Unit in Qalqilia said the medics provided the needed treatment to four young men, who suffocated after inhaling gas fired by the soldiers, in al-Mrouj area, north of the city.

Similar to an invasion carried out Tuesday, and during late night hours, the soldiers broke into and searched many homes and shops, and confiscating surveillance tapes.