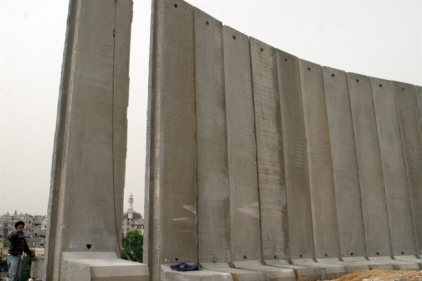 The French Foreign Ministry has called on Israel to halt renewed construction of the Israeli separation wall in the southern occupied West Bank’s Cremisan Valley, according to a statement published Friday.

“France is concerned by the Israeli authorities’ resumption of construction of the separation wall in the historical Cremisan Valley, which will affect several dozen Palestinian families in Beit Jala,” the statement read, referring to a Palestinian village west of Bethlehem city.

“This wall is a new obstacle to economic and social development in the town of Bethlehem,” the ministry said, according to Ma’an.

The French Foreign Ministry’s statement cited the 2004 International Court of Justice ruling that said that the separation wall was illegal and “tantamount to annexation.”

“We consequently ask Israel to reverse this decision,” the statement concluded.

Israel’s High Court of Justice in January denied a petition filed against the construction by the Municipality of Beit Jala, Beit Jala landowners and the Silesian women’s monastery in Cremisan, according to Israeli rights group B’Tselem.

The ruling came after the Israeli Ministry Defense renewed construction work on the separation wall near Beit Jala in August 2015, effectively separating the villagers from their privately owned farmland in the Cremisan Valley. Nearly 60 kilometers of Israel’s illegal separation wall already cuts through the Bethlehem district and is built on Palestinian land, according to UN figures.

Clashes between Israeli forces and Palestinians in Beit Jala broke out frequently in 2015 during protests against the renewed construction.

European Union missions to the West Bank in 2015 also expressed “concern” about the renewed construction work in Cremisan. Local Christian landowners in Beit Jala told a European Union delegation that construction of the wall could ultimately force them to emigrate and “cleanse” the area of its Christian residents.

Israel began building the separation wall with concrete slabs, fences, and barbed-wire inside the occupied West Bank in 2002 at the height of the Second Intifada, or uprising, claiming that it was crucial for security.