France Calls on Tel Aviv to Comply with International Law 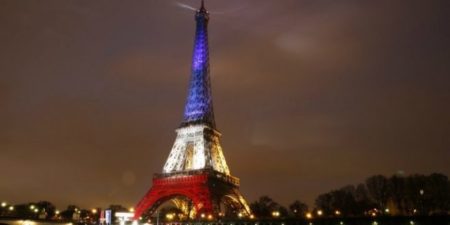 France has strongly denounced the Israeli regime’s recent plans to build some 2,000 settler units in the occupied West Bank, stressing that all Israeli settlements are illegal under international law.

In a statement released on Sunday, the French consulate in occupied Jerusalem called on Israel to comply with the international law that deems such structures as illegal.

French officials also demanded that the Israeli authorities renounce these projects and all those that undermine the so-called two-state solution.

“Settlements in all forms are illegal under international law, and specifically UN Security Council Resolution 2334.

They heighten tensions on the ground and undermine the conditions for a just and lasting settlement between Israelis and Palestinians, based on the two-state solution,” the statement said.

The 28-member bloc has also reiterated its support for the resumption of “a meaningful process” towards the so-called two-state solution, which is described as “the only realistic and viable way” to fulfill the aspirations of both sides.

The group said that nearly 800 housing units had received the final approvals needed for construction to begin, while initial approvals were given for an additional 1,150 homes.

This came at a time when the International Criminal Court (ICC) was discussing whether it had jurisdiction ahead of opening a formal investigation into Israeli violation of international law in the Israeli settlements.

More than 600,000 Israelis live in over 230 settlements built since the 1967 Israeli occupation of the Palestinian territories of the West Bank and East Jerusalem.

The UN Security Council has condemned Israel’s settlement activities in the occupied territories in several resolutions.

Less than a month before US President Donald Trump took office, the United Nations Security Council, in December 2016, adopted Resolution 2334, calling on Israel to “immediately and completely cease all settlement activities in the occupied Palestinian territories, including East Jerusalem”.

The last round of Israeli-Palestinian talks collapsed in 2014. Among the major sticking points in those negotiations was Israel’s continued settlement expansion of Palestinian territories.