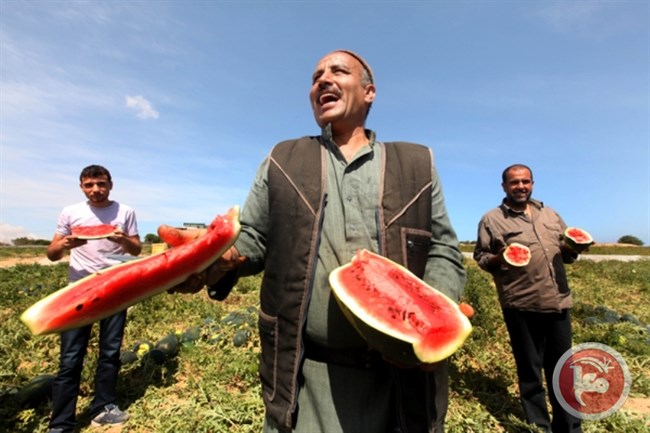 Hamas’ Ministry of Agriculture in the Gaza Strip decided, on Monday, to stop importing watermelons from Israel after local farmers agreed to lower their prices by the end of the week.

Tahsin al-Saqa, director of the ministry’s marketing department, said that the consumer price of watermelon would be reduced from 10 shekels (approximately $2.50 US) per five kilograms to 10 shekels per eight kilograms.

Last Tuesday, according to Ma’an News Agency, the ministry started to allow watermelon imports from Israel in an attempt to exert pressure on local farmers to lower their prices. Al-Saqa said in his statement that 600 tons of watermelon had been imported from Israel in the last three days.

Prior to the seven-year embargo that the Gaza government placed on Israel’s watermelon imports, between 20,000 and 30,000 tons of watermelon were imported every year. Local production subsequently improved to the extent that it was able to completely cover market demand.

However, the land cultivated for watermelon production fell from 4,500 dunams (1,112 acres) last year to 3,500 dunams (865 acres) this year, causing the break in seven years of self-sufficient production of watermelon in the besieged coastal enclave.