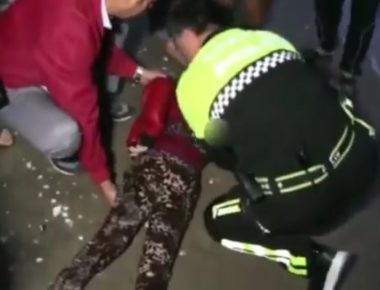 A boat, filled with immigrants capsized off the coast of Bodrum resort town, northwest of Turkey, leading to the death two children, including a Palestinian child from Rafah, in the southern part of the Gaza Strip.

The Turkish Coast Guard has confirmed that the boat capsized near Bodrum, leading to the death of two children.

The first victim was identified as Malak Rabah Abu Jazar, only four years of age, is from Rafah city, while several members of her family were injured in the incident.

Update: October 27, 2018:  A day after Malak’s death, her cousin, Ehab Aa’ed Abu Jazar, 4,  died at a hospital in Turkey, despite the efforts to save his life, he had excessive amount on water in his lungs.

The Daily Sabah Newspaper said two children were killed, and eighteen migrants were rescued when the boat, “carrying illegal migrants sank off the Coast of Bodrum, a resort town in southwestern Turkey located near the Greek island of Kos.”

The capsized boat was carrying 34 migrants from various nationalities that were still being verified at the time of this report, while fourteen of them managed to safely swim to the shore.

The migrants boarded the 9-meter-long fiber glass boat just minutes before it started sinking off the beach of Gümbet beach in Bodrum.

The Daily Sabah said locals heard the screams of the migrants and called the police, before Coastal Guards rushed to the area and initiated a rescue campaign.

In a Facebook post, the Abu Jazar family has confirmed Malak’s death, and said that Rabah Abul-Ghani Abu Jazar, and Aa’ed Abdullah Abu Jazar, along with their families, were rescued.

The Turkish coastal police launched an investigation and reportedly detained four suspects, whose identities were not revealed, but are believed to be smugglers helping the migrants sneak out of Turkey and into Greece, Daily Sabah has reported.

It added that the capsized boat had the capacity to carry ten persons, but was instead carrying 34.

The Turkish coastguard is searching for potential survivors, especially since the accounts about the number of people aboard the boat are conflicting.

The Daily Sabah said the fourteen migrants from Somalia, and Palestine, were located in the area, and told the police that they were supposed to be on board the capsized boats, but couldn’t do so because it was already overcrowded before it sailed.