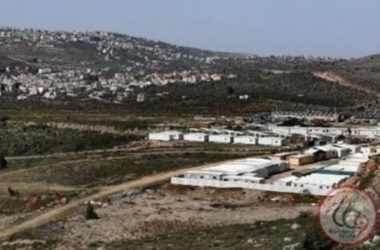 The Israeli government has approved, Wednesday, the expansion of Road #60, used by illegal colonialist settlers, between Hebron and Jerusalem, in the occupied West Bank.

Hasan Breijiyya, the head of the National Committee against the Wall and Colonies in Bethlehem, has reported that Israeli Transportation Minister, Yisrael Katz, has authorized the illegal annexation of thousand of Dunams of Palestinian lands, to expand the colonialist road.

He added that the road would be expanded to include four lanes, with a width of approximately 100 meters, and would lead to the annexation of thousands of Dunams from the towns of al-Khader, Beit Jala and al-Ma’sara, in Bethlehem governorate, in addition to Beit Ummar, north of Hebron.

Breijiyya stated that the decision is part of Israel’s illegal policies to confiscate lands in large areas of lands in Bethlehem, to be part of “Greater Jerusalem.”