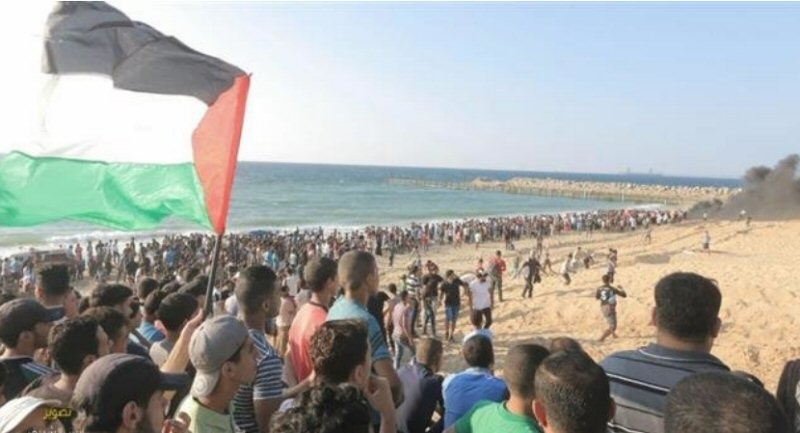 The Higher Committee for the Great March of Return and Breaking the Siege, on Tuesday, announced the launching of the 22nd maritime protest, at Gaza port, near the northern Israeli maritime separation fence.

“We Will Not Accept the Maritime Blockade” the committee named the protest.

The Committee called upon Gazans to rally and participate in the peaceful protest against the siege, and to affirm their right to the sea.

“We call the International community to immediately intervene and do its part to break the 13-year-old siege, and to stop the occupation’s crimes,” the Committee spokesperson added, according to Days of Palestine.

Medical sources have reported that 14 Palestinians were shot and injured, especially after the soldiers fired live round at more than Palestinian boats in Gaza territorial waters.