Hamas Calls for Massive Campaigns and Rallies against “Deal of Century” 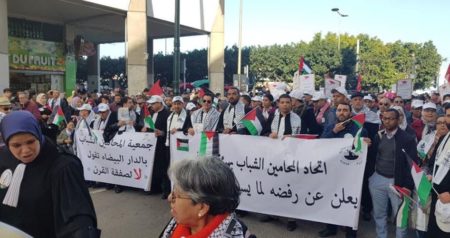 The Hamas party has called on all Muslim peoples to widely organize and actively participate in campaigns and rallies in support of the Palestinian people and strengthen their steadfastness in the face of the US administration’s recent proposal, known as the “Deal of the Century.”

In a statement, on Monday, Hamas spokesman Abdul-Latif Qanua applauded all the free people and popular rallies around the world that voiced solidarity with the Palestinian people and their rejection of the so-called “peace plan.”

US president Donald Trump announced his plan at a White House event, last month, alongside Israeli premier Benjamin Netanyahu and in the presence of officials from Gulf countries.

The plan has drawn condemnation from the international community and the Arab and Islamic worlds, although some Arab regimes, like those in Saudi Arabia and the United Arab Emirates, have already voiced their support for the plan and are believed to be among its principal architects, Days of Palestine further reports.

The White House approach leading to the plan has long been criticized internationally for providing Israel with quick wins, while torpedoing Palestinians their legitimate rights and aspirations for an independent Palestinian state, with east Jerusalem as its capital.