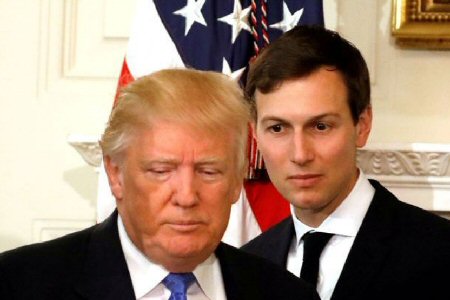 Hamas, which won the last free Palestinian elections, held in 2006, hit back after an op-ed blamed it for plight of Palestinians, and urged it to abandon resistance.

The op-ed, co-authored by Jared Kushner, US President Donald Trump’s son-in-law and adviser, shows that American officials are “mere spokesmen for the Israeli occupation,” a Hamas spokesman said on Friday.

“Kushner and Greenblatt are adopting the Israeli narrative, and their aggression against Hamas points to the contempt of the American government,” said Hamas Spokesman Sami abu-Zuhri.

The article, published in the Washington Post, called on Hamas to take clear steps towards peace if it wishes to receive economic assistance, referring to the US call for the Palestinian movement to stop resisting the Israeli occupation.

“Life could significantly improve in short order for the Palestinian people if Hamas allowed it,” read the op-ed, which was also credited to Jason Greenblatt, Trump’s special Mideast envoy and David Friedman, the US ambassador to Israel.

“There are engaged, interested parties with resources who are ready to get to work,” they said. “Yet without real change accompanied by reliable security, progress is impossible.”

The article emphasized that all Palestinian sufferings would be ended if they ceased resistance actions and returned to their homes.