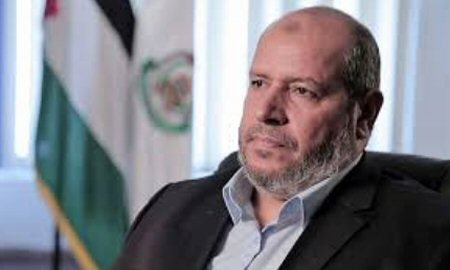 Hamas political bureau member Khalil Al-Hayia announced the reaching of an agreement to return back to ceasefire, in the Gaza Strip.

Al-Hayia said, in press statement on Wednesday, that Palestinian resistance factions were able to overcome the Israeli aggression and change rules of engagement, adding that several mediations have taken place in past hours.

“We reached an agreement to return back to ceasefire agreements,” he stated, according to Al Ray.

Al-Hayia stressed that resistance factions will stay committed to the agreements as long as the Israeli occupation is willing to do so.