Palestine Rejects ‘Deal of the Century’, Says “No” to Trump Administration 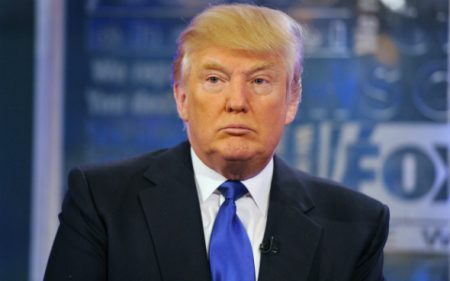 Tayseer Khaled, member of the Executive Committee of the Palestine Liberation Organization (PLO), stated that Palestine has said “no” to the American administration, a stance which other countries and major powers were not able to take.

Khaled stressed, according to WAFA, that the Trump administration moved from the site of support and bias to the occupation to the site of participation in the aggression against the Palestinian people.

“With all its forces and political currents and institutions, the PLO reject this deal.”

This came during a meeting in his office with the Ambassador of the Republic of Ecuador in Palestine, Javier Santos Blazzarti, accompanied by Plenipotentiary Minister Luis Ariano Khibakha and Hassan Qatami of the embassy staff.

The meeting was attended by its Director General Nihad Abu Ghosh, Shadi Zahed, Director of the Arab Department, and Shafeeqa Mansour, Director of Public Relations and Media.

Khaled praised the positions of Ecuador in support of the struggle of the Palestinian people and their national rights, the initiative to recognize the State of Palestine, the stance against the aggressive decisions of President Trump’s administration and its vote, in the United Nations, for Palestine.

He also affirmed the unified Palestinian position towards the latest political developments, especially the so-called “Deal of the Century”, which he stressed is “a plan to liquidate the Palestinian cause by canceling the issues of Jerusalem and refugees, consolidating the settlement reality and maintaining the Israeli occupation control over more than half of the occupied Palestinian territories.”

Khaled also presented the results of the last session of the Palestinian National Council, which decided to re-formulate the relationship with Israel as an occupied enemy and not a partner, in any peace process, and also decided to stop security coordination and to be free from all restrictions imposed on the Palestinian people in the Oslo accords and Paris Economic Protocol, and decided  the use of all tools of international law to prosecute Israeli war criminals.

He further referred to the crimes committed by the Israel against the Palestinian people in the Gaza Strip, and included the horrific metaphor against thousands of peaceful demonstrators in the marches of the return, which led to the killing of more than 125 Palestinian citizens and the wounding of thousands.

He said: “The US administration and the occupying power exploit the humanitarian disaster that both have contributed to its aggravation,” pointing out that the Gaza issue is the issue of the Palestinian people, which he affirmed is a national and political right, and not just an urgent humanitarian situation.

He called on the State of Ecuador to support  the Palestinian people through its influential relations with the countries of South and Central America, in light of some of these countries escaping their obligations under international law and transfering their embassies from Tel Aviv to occupied Jerusalem.

He stated that the peoples of Latin America successfully moved from tyrannical regimes to democracy and life which supports the Palestinian people and their right to freedom and independence, while corrupt regimes continue their association with the aggressive policies of the American administration.

He pointed to the activity of  Palestinians and other Arab communities  in Ecuador, which plays an active role in the development process in this friendly country and called for strengthening the Palestinian and Arab relations with Ecuador and the other countries of the continent.

For his part, the Ambassador of Ecuador renewed his country’s support for the rights of the Palestinian people and their just struggle for freedom and independence.

He expressed his happiness to be present in Palestine and stressed  his country’s and people’s position against all  crimes and violations committed in Palestine.

“The Palestinian question needs  a just solution,” stressing that there will be no justice and peace unless the aspirations of the people of Palestine are realized.