Hamas: “Lieberman’s Threats Do Not Scare Us” 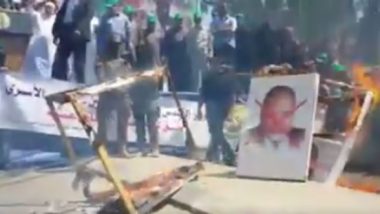 Islamic Resistance Movement (Hamas) said Friday that the threats of the newly appointment Israeli Defense Minister, Avigdor Lieberman, against the movement and the Gaza Strip, do not scare it, and that it will always remain steady.

Member of the Political Bureau of Hamas Fathi Hammad said during a massive procession marking the Palestinian Nakba of 1948, west of Gaza city, said that Hamas will not be intimidated into submission, and will respond to “any attack with a similar one, and any war with war.”

“We are not calling for war or escalation,” Hammad said, “But if it was forced on us, we will be ready to fight till the end.” 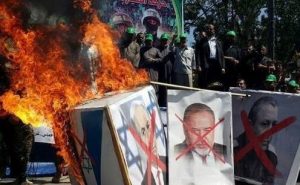 His statements came after Lieberman threatened to assassinate all the political leaders of the Hamas movement, should they “fail to return the bodies of soldiers,” who were killed during the 2014 Israeli aggression on the coastal region, that led to the death of more than 2400 Palestinians, among them about 1600 civilians, including hundreds of children, infants, women and elders, and dozens of thousands of injuries, in 52 days, in addition to the complete or partial destruction of dozens of thousands of homes, public and private facilities, including hospitals and medical center.

Referring to the Palestinian President Mahmoud Abbas, Hammad said that “Abbas has no place in the leadership, and must step aside.” 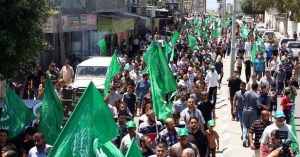 At the end of the procession, many Hamas members tore and burnt pictures of Israeli Prime Minister Benjamin Netanyahu, the newly appointed Defense Minister Lieberman, in addition to the sacked minister Moshe Ya’alon.