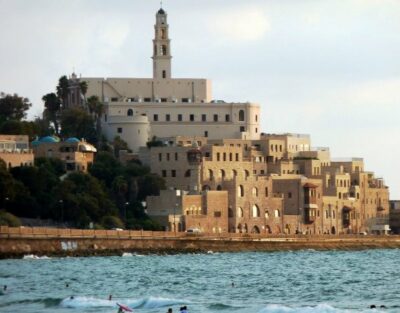 On Sunday afternoon, a Palestinian official identified as Sheikh Muhammad Abu Najem, was shot and killed in the city of Jaffa, in the western part of Israel. The Hamas party issued a statement blaming Israel for the murder. Israeli police in Jaffa say they opened an investigation into the shooting, but have not identified any suspects.

According to local sources, Abu Najem, said to be in his forties, was shot dead and his cousin was seriously injured from gunshots fired at them by an assailant in the Old City neighborhood of Jaffa.

Hamas officials held the Israeli occupation forces responsible for the assassination of Sheikh Abu Najem. The statement issued by the party condemned “the malicious scheme carried out by the occupier to liquidate the occupied land from the Palestinian people, especially those working to preserve Jerusalem and Al-Aqsa, and those confronting the [Israeli] attempts to capture the sacred land.”

The statement called on Palestinians living inside what is now Israel (who constitute 20% of the population of Israel) to “confront the conspiracies of the enemy, the instigators of sedition and the perpetrators of crimes within our steadfast Palestinian society.”

According to the Palestinian news site “Arabs 48”, Sheikh Muhammad Abu Najem, was shot dead by an unknown person in Jaffa, while another young man, a relative of the Sheikh, was wounded. The imam of the Hassan Bek mosque in Jaffa, Sheikh Ahmed Abu Ajwa, also confirmed the death of Sheikh Muhammad Abu Najem, as a result of his injury in the shooting.

The Israeli police claimed to have opened an investigation into the circumstances of the crime, but no suspects have been arrested in connection with the murder.

It is worth noting that Palestinians who lived in the occupied interior of Israel, known as “48 Arabs”, since they are descendants of about 160,000 Palestinians who remained in their lands after the establishment of Israel on Palestinian land in 1948. These Palestinians live within the borders of the Israeli state, possess Israeli citizenship, and number about one million people.

Palestinians in Israel say that the Israeli authorities do little to prevent crime in the ‘Arab’ areas and neighborhoods. Since the beginning of 2021, six Palestinians with Israeli citizenship have been killed in unsolved murders in Arab areas in Israel.