Historic US Military Aid Package to Israel Goes into Effect 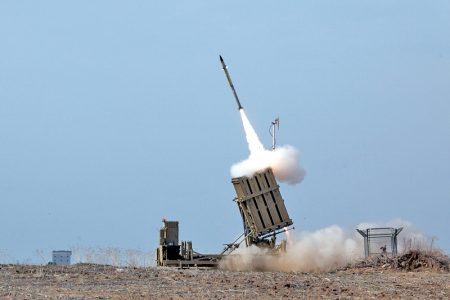 Israeli Prime Minister Benjamin Netanyahu, on Tuesday, has welcomed a historic $38bn US military aid package, negotiated by the previous US administration.
Two years after President Barack Obama and the Israeli Prime Minister signed a Memorandum of Understanding, the 10-year military funding deal went into effect on Monday, with the start of the new fiscal year. Netanyahu welcomed the deal as the means to tackle the threat from the Islamic Republic, after the State Department noted that the package is aimed to protect Israel against “all potential regional adversaries,” but, foremost, from the “Iranian regime’s sponsorship of terrorist groups.”

“I thank the American administration and the Congress for their commitment to Israel and American aid money in the coming decade,” Netanyahu wrote on Twitter, yesterday.

“Israel and the world face complex security challenges, first and foremost Iranian aggression. The unreserved support of the United States for Israel’s right to defend itself is one of the pillars of the strong relationship between the two countries,” he added.

Under the terms of the deal, outlined in the US-Israel Security Assistance Authorization Act of 2018, Israel will receive an annual funding of $3.3 billion in Foreign Military Financing and $500 million for cooperative programs for “missile defense.”
Specifically, the US has authorized the transfer of precision-guided munitions from reserve stocks, which are “necessary for Israel to counter the threat of rockets in a timely fashion.” The act also expands a stockpile of weapons the US stores in Israel, which the country may access in wartime.