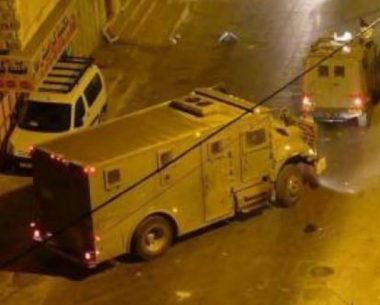 Israeli soldiers abducted, on Wednesday at dawn, fourteen Palestinians from their homes in several parts of the occupied West Bank, the Palestinian Prisoners’ Society (PPS) has reported.

The PPS said the soldiers stormed and ransacked many homes across the West Bank, including occupied East Jerusalem, and interrogated several Palestinians before abducting fourteen.

The army caused damage to furniture and property during the invasions, and violent searches of homes and property.

The soldiers also installed many roadblocks in the West Bank, before stopping and searching dozens of cars, and interrogated many Palestinians while inspecting their ID cards.