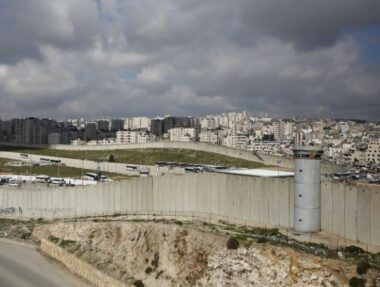 Crimes Against Humanity Should Trigger Action to End Repression of Palestinians: Report by Human Rights Watch:
(Jerusalem) – Israeli authorities are committing the crimes against humanity of apartheid and persecution, Human Rights Watch said in a report released today. The finding is based on an overarching Israeli government policy to maintain the domination by Jewish Israelis over Palestinians and grave abuses committed against Palestinians living in the occupied territory, including East Jerusalem.

The 213-page report, “A Threshold Crossed: Israeli Authorities and the Crimes of Apartheid and Persecution,” examines Israel’s treatment of Palestinians. It presents the present-day reality of a single authority, the Israeli government, ruling primarily over the area between the Jordan River and the Mediterranean Sea, populated by two groups of roughly equal size, and methodologically privileging Jewish Israelis while repressing Palestinians, most severely in the occupied territory.

Israeli Authorities and the Crimes of Apartheid and Persecution 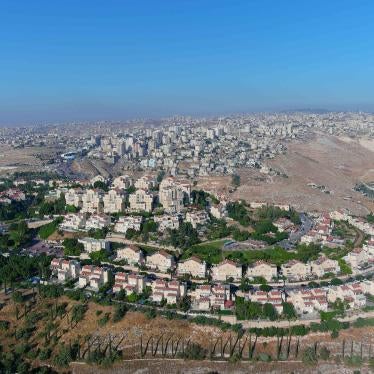 “Prominent voices have warned for years that apartheid lurks just around the corner if the trajectory of Israel’s rule over Palestinians does not change,” said Kenneth Roth, executive director of Human Rights Watch. “This detailed study shows that Israeli authorities have already turned that corner and today are committing the crimes against humanity of apartheid and persecution.”

The finding of apartheid and persecution does not change the legal status of the occupied territory, made up of the West Bank, including East Jerusalem, and Gaza, or the factual reality of occupation.

Originally coined in relation to South Africa, apartheid today is a universal legal term. The prohibition against particularly severe institutional discrimination and oppression or apartheid constitutes a core principle of international law. The 1973 International Convention on the Suppression and Punishment of the Crime of Apartheid and the 1998 Rome Statute to the International Criminal Court (ICC) define apartheid as a crime against humanity consisting of three primary elements:

The reference to a racial group is understood today to address not only treatment on the basis of genetic traits but also treatment on the basis of descent and national or ethnic origin, as defined in the International Convention on the Elimination of all Forms of Racial Discrimination. Human Rights Watch applies this broader understanding of race.

The crime against humanity of persecution, as defined under the Rome Statute and customary international law, consists of severe deprivation of fundamental rights of a racial, ethnic, or other group with discriminatory intent.

Drawing on years of human rights documentation, case studies, and a review of government planning documents, statements by officials, and other sources, Human Rights Watch compared policies and practices toward Palestinians in the occupied territory and Israel with those concerning Jewish Israelis living in the same areas. Human Rights Watch wrote to the Israeli government in July 2020, soliciting its perspectives on these issues, but has received no response.

Across Israel and the occupied territory, Israeli authorities have sought to maximize the land available for Jewish communities and to concentrate most Palestinians in dense population centers. The authorities have adopted policies to mitigate what they have openly described as a “demographic threat” from Palestinians. In Jerusalem, for example, the government’s plan for the municipality, including both the west and occupied east parts of the city, sets the goal of “maintaining a solid Jewish majority in the city” and even specifies the demographic ratios it hopes to maintain.

To maintain domination, Israeli authorities systematically discriminate against Palestinians. The institutional discrimination that Palestinian citizens of Israel face includes laws that allow hundreds of small Jewish towns to effectively exclude Palestinians and budgets that allocate only a fraction of resources to Palestinian schools as compared to those that serve Jewish Israeli children. In the occupied territory, the severity of the repression, including the imposition of draconian military rule on Palestinians while affording Jewish Israelis living in a segregated manner in the same territory their full rights under Israel’s rights-respecting civil law, amounts to the systematic oppression required for apartheid.

Israeli authorities have committed a range of abuses against Palestinians. Many of those in the occupied territory constitute severe abuses of fundamental rights and the inhumane acts again required for apartheid, including: sweeping movement restrictions in the form of the Gaza closure and a permit regime, confiscation of more than a third of the land in the West Bank, harsh conditions in parts of the West Bank that led to the forcible transfer of thousands of Palestinians out of their homes, denial of residency rights to hundreds of thousands of Palestinians and their relatives, and the suspension of basic civil rights to millions of Palestinians.

Many of the abuses at the core of the commission of these crimes, such as near-categorical denial of building permits to Palestinians and demolition of thousands of homes on the pretext of lacking permits, have no security justification. Others, such as Israel’s effective freeze on the population registry it manages in the occupied territory, which all but blocks family reunification for Palestinians living there and bars Gaza residents from living in the West Bank, use security as a pretext to further demographic goals. Even when security forms part of the motivation, it no more justifies apartheid and persecution than it would excessive force or torture, Human Rights Watch said.

“Denying millions of Palestinians their fundamental rights, without any legitimate security justification and solely because they are Palestinian and not Jewish, is not simply a matter of an abusive occupation,” Roth said. “These policies, which grant Jewish Israelis the same rights and privileges wherever they live and discriminate against Palestinians to varying degrees wherever they live, reflect a policy to privilege one people at the expense of another.”

Statements and actions by Israeli authorities in recent years, including the passage of a law with constitutional status in 2018 establishing Israel as the “nation-state of the Jewish people,” the growing body of laws that further privilege Israeli settlers in the West Bank and do not apply to Palestinians living in the same territory, as well as the massive expansion in recent years of settlements and accompanying infrastructure connecting settlements to Israel, have clarified their intent to maintain the domination by Jewish Israelis. The possibility that a future Israeli leader might someday forge a deal with Palestinians that dismantles the discriminatory system does not negate that reality today.

Israeli authorities should dismantle all forms of repression and discrimination that privilege Jewish Israelis at the expense of Palestinians, including with regards to freedom of movement, allocation of land and resources, access to water, electricity, and other services, and the granting of building permits.

The ICC Office of the Prosecutor should investigate and prosecute those credibly implicated in the crimes against humanity of apartheid and persecution. Countries should do so as well in accordance with their national laws under the principle of universal jurisdiction, and impose individual sanctions, including travel bans and asset freezes, on officials responsible for committing these crimes.

The findings of crimes against humanity should prompt the international community to reevaluate the nature of its engagement in Israel and Palestine and adopt an approach centered on human rights and accountability rather than solely on the stalled “peace process.” Countries should establish a UN commission of inquiry to investigate systematic discrimination and repression in Israel and Palestine and a UN global envoy for the crimes of persecution and apartheid with a mandate to mobilize international action to end persecution and apartheid worldwide.

Countries should condition arms sales and military and security assistance to Israel on Israeli authorities taking concrete and verifiable steps toward ending their commission of these crimes. Countries should vet agreements, cooperation schemes, and all forms of trade and dealing with Israel to screen for those directly contributing to committing the crimes, mitigate the human rights impacts and, where not possible, end activities and funding found to facilitate these serious crimes.

“While much of the world treats Israel’s half-century occupation as a temporary situation that a decades-long ‘peace process’ will soon cure, the oppression of Palestinians there has reached a threshold and a permanence that meets the definitions of the crimes of apartheid and persecution,” Roth said. “Those who strive for Israeli-Palestinian peace, whether a one or two-state solution or a confederation, should in the meantime recognize this reality for what it is and bring to bear the sorts of human rights tools needed to end it.”