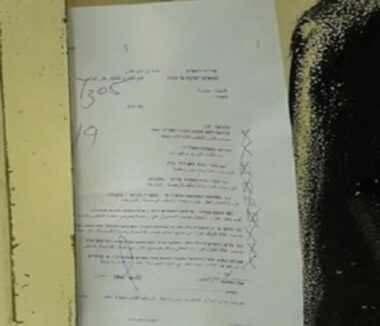 The soldiers also photographed several homes, buildings, and roads in the town during the invasion.

The policy of home demolitions is an act of collective punishment illegal under International Law and the Fourth Geneva Convention.