Human Rights Laws Do Not Apply for Great March 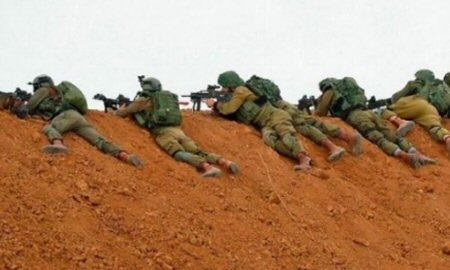 Basic principles of using force and firearms do not apply, with regard to  incidents which have occurred during the Great March of Return along Gaza’s border, with the army claiming that the marches constitutes a state of war.

In response to a petition filed by human rights organizations against Israeli occupation forces’ orders to fire on peaceful demonstrators, the occupation claimed that the orders were consistent with Israeli law and international law.

The Israeli army claimed, according to Al Ray, that the Hamas movement exploits the marches in order to to carry out attacks against Israel.

The army alleged that it does not consider participation in marches, nor approaching the fence, a  hostile operation; instead, it considers each case separately.

According to the Haaretz newspaper, the prosecution differentiates  between law enforcement provisions related to demonstrations and cases of hostilities that include attempts to infiltrate Israel and carry out operations against soldiers and civilians.

It explained that, in the first incident, the army resorts to lethal force as a last choice ,while lethal force is used firstly in the second case.

Regarding shots fired, Israeli prosecution discussed the matter in closed sessions, in the presence of one party only, under the pretext of security classification, and other intelligence information.