Human Rights Watch: Executions in Gaza not Rule of Law 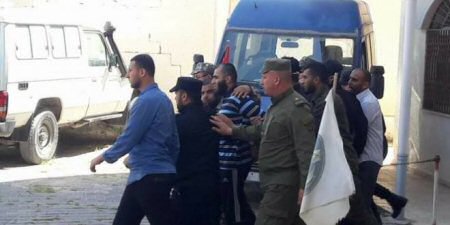 In response to the execution, today, of three men convicted of charges related to the killing of Hamas leader Mazen Fuqaha, Sarah Leah Whitson, executive director of the Middle East division of Human Rights Watch, said, according to the PNN:

“Rushing to put men to death based on an unreviewable decision of a special military court days after announcing their arrests and airing videoed confessions smacks of militia rule, not the rule of law. Reliance on confessions, in a system where coercion, torture and deprivation of detainee’s rights are prevalent, and other apparent due process violations further taint the court’s verdicts. Death as government-sanctioned punishment is inherently cruel and always wrong, no matter the circumstance.”

Since it took control of Gaza in 2007, Hamas authorities have carried out 25 executions, most recently in April, and courts in Gaza have sentenced 111 people to death, according to the Palestinian Center for Human Rights.

Human Rights Watch opposes the death penalty in all circumstances, because it is inherently cruel and irreversible.

The United Nations and the European Union have also condemned the executions.

A statement by the spokesperson for the UN High Commissioner for Human Rights said the trial of the three men did not meet fair standards, WAFA further reports.

“We condemn the execution of three men by the authorities in Gaza,” said the spokesperson, yesterday. “The executions amount to an arbitrary deprivation of life.”

According to the statement, while international law sets very stringent conditions for the application of the death penalty, including meticulous compliance with fair trial standards, the trial “does not appear to have met these standards.”

The European Union has also condemned the executions in a statement from its representative in Jerusalem as well as the EU Heads of Mission and the Head of Mission of Norway in Jerusalem and Ramallah.

The UN and EU called on Hamas to stop all executions and death sentences.

Hamas has carried out 28 executions since its takeover of Gaza in 2007, nine of them in the last 12 months.