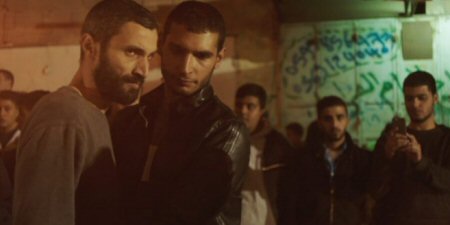 The festival will open at the Barbican on March 14, with Hans Pool’s Bellingcat – Truth in a Post-Truth World, which follows the revolutionary rise of the “citizen investigative journalist” collective known as Bellingcat, dedicated to redefining breaking news by exploring the promise of open source investigation. The screening will be followed by an in-depth discussion with Hans Pool and Bellingcat founder Eliot Higgins.

“At its heart, the work of Human Rights Watch is front-line investigations by expert researchers who check and cross-check facts,” said John Biaggi, director of the Human Rights Watch Film Festival. “In this so-called ‘post-truth era’, it is particularly relevant for us to open the 23rd edition of the festival with a film that considers the possibilities and implications of citizen journalism. We are excited to open with ‘Bellingcat – Truth in a Post-Truth World,’ a compelling look at the methods and means of this media disrupter”.

This highly skilled and controversial collective exposes the truth behind global news stories – from identifying the exact location of an Islamic State murder through analysis of a video distributed on YouTube, to tracking the story behind the mysterious poisoning of Sergei and Yulia Skripal in the United Kingdom. Bellingcat hunts down answers using social media, reconstruction techniques, and audio analysis. From his East Midlands home the de facto leader, Eliot Higgins, and his international team of volunteer truth-seekers put newspapers, networks, and governments to the test, shedding light on the fight for journalistic integrity in the era of fake news and alternative facts.
“In citizen journalism…trust is generated not by the brand name or the glory of the institution, it’s generated through transparency,” said Jay Rosen film subject, Bellingcat – Truth in a Post-Truth World.

In the closing night film, the festival returns to one of its perennial themes: the promise of movement-building, action, and the fight for justice in Rehad Desai’s stirring documentaryEverything Must Fall, in which students mobilize demonstrations across South Africa with a call to lower university fees and, ultimately, for the decolonization of the entire education system. “We have a responsibility not just to come here to study, but to go back in our communities and make sure that we are uplifting and empowering them,” said Shaeera Kalla, a student leader featured in the film.

Everything Must Fall features student leaders and their opposition as they discuss how, when South Africa’s universities’ raised their fees in 2015, a moment evolved into a mass movement. #FeesMustFall burst onto the political landscape and became a national conversation, bringing attention to the exclusion of poorer black South Africans from higher education.

Themes of female leadership, human trafficking, access to health care, consent, and personal agency, displacement, and international justice are seen throughout the festival.

Three festival titles highlight extraordinary personal risk and sacrifice taken by female filmmakers and their protagonists. In Facing The Dragon, the Afghan-American filmmaker Sedika Mojadidi joins two awe-inspiring Afghan women – Nilofar, a parliamentarian, and Shakila, a journalist, – as the United States withdraws forces and aid from Afghanistan and the Taliban regain their hold. Under increasing threats of violence, these two women are soon forced to choose between their sense of duty and love for Afghanistan, and their families’ safety.

Creatively weaving the personal and political, and continuing the theme of the festival’s opening night film, the filmmaker Assia Boundaoui turns citizen journalist in The Feeling of Being Watched to reveal the impact government surveillance has had on her country, her Arab-American community, and her own sense of identity.

In Shannon Service and Jeff Waldron’s Ghost Fleet, Thai activist Patima Tungpuchayakul and her small team face personal threats, unchecked corruption, and violence in their work to rescue and return home laborers sold to human traffickers. The Bangkok-based activist has committed her life to rescuing and returning home men from Myanmar, Laos, Cambodia, and other Southeast Asian nations who have been sold to Thai fishing companies by human traffickers. Once at sea, these captive men go months, even years, without setting foot on land, earning little to no pay, trapped in a modern form of slavery on the boats, and forced to endure horrific and often deadly conditions.

Está Todo Bien (It’s All Good) is a reminder of the near-total collapse of Venezuela’s health system, which is resulting in severe medicine shortages, a dramatic increase in infant mortality, the reappearance of once-eradicated diseases like diphtheria, and a mass exodus of doctors to hospitals overseas. The Caracas born filmmaker, Tuki Jencquel, asks a pharmacist, trauma surgeon, activist, and two patients to confront the same questions millions of Venezuelans are facing: protest or acquiesce, emigrate or remain, lose all hope, or hang onto faith?

As the #MeToo movement and conversations around consent and agency over our own bodies bring the prevalence of abuse to the forefront, the festival is featuring three powerful films that reflect on how we have come to this point, while addressing unique efforts to stop the cycle.

The true-crime thriller Roll Red Roll cuts to the heart of global debates around rape culture. The filmmaker Nancy Schwartzman’s documentary goes behind the headlines of a sexual assault at an American high school football party that creates ripples around the world and unpacks the factors that led to this attack and shaped its aftermath – from peer pressure, victim blaming, and deeply engrained “boys will be boys” attitudes, to widespread cover-ups by members of the community.

The Oscar-nominated documentary Minding the Gap tells the coming-of-age story of three young men, bonded by their love of skateboarding and desire to escape volatile family life. Created from over 12 years of footage intimately recorded with his tight-knit group of friends, the filmmaker Bing Liu beautifully captures their shared wild energy and freedom, while simultaneously documenting the unique and lasting effects of turbulent childhoods, poverty, and the complexities of modern-day masculinity.

Floriane Devigne’s beautifully crafted, poetic documentary, No Box for Me. An Intersex Story exposes the limitations of binary gender definitions and the irreversible physical and psychological impact of non-consensual gender assignment surgery on intersex infants. M is 27 years old. Deborah is just 25. Both are living in bodies that Western medicine – and often society – deems too taboo to discuss publicly. Like an estimated 1.7 percent of people, they were born with variations in their sex characteristics that were different from classical understandings of male or female.

A number of films in this year’s festival expose the devastating personal and societal impact of displacement.

Following its World Premiere at Berlinale 2019, the festival will screen Mo Scarpelli’s Anbessa, a lyrical documentary that takes viewers on a journey of childhood adventures and magical realism with a creative, sensitive boy using his imagination, and sharp wits to battle forces beyond his control, and escape the stark reality of displacement. The biggest condominium complex in East Africa, on the outskirts of Addis Ababa, Ethiopia, promises thousands of people a better way of life. It’s being constructed, however, on the farmland of 10-year-old Asalif and his mother, leaving them just a tool shed with no electricity or running water.

The Sweet Requiem, the stunningly shot feature from the filmmaking team behind Dreaming Lhasa (HRWFF, 2006) and The Sun Behind the Clouds: Tibet’s Struggle for Freedom(HRWFF, 2010) is an unforgettable reflection on an ongoing but too often forgotten refugee crisis. At age eight, Dolkar and her father fled their home, escaping Chinese armed forces in an arduous journey across the Himalayas. Now 26, she lives in a Tibetan refugee colony in Delhi, India, where an unexpected encounter with a man from her past reveals long-suppressed memories, propelling Dolkar on an obsessive search for the truth.

Ali Vatansever’s drama SAF is set in the Fikirtepe district of Istanbul, Turkey, where Kamil and his wife, Remziye, are at risk of losing their home. Urban transformation is pushing out local families and Syrian refugees are left to take shelter in the deserted buildings. Desperately in need of work, Kamil decides to secretly accept a construction job, working for the very company taking over their neighborhood, displacing a Syrian refugee from the position, and agreeing to work for less than other Turkish workers. Fearing both discovery and failure, Kamil’s anxiety gradually changes him, and Remziye is left to face the consequences of her husband’s unrecognizable actions.

A gripping story of justice, accountability, and a country trying to escape its traumatic past, Henry Singer and Robert Miller’s The Trial of Ratko Mladić was filmed over five years, until November 2017, and features unprecedented behind-the-scenes access to the prosecution team, the defense lawyers, brave witnesses, and Mladić’s own family members. General Mladić, who was tried in the International Criminal Court in The Hague for genocide and crimes against humanity, is among the most infamous figures of the Bosnian war. His name became synonymous with the murder of over 7,000 Muslim men and boys in Srebrenica in 1995 – the worst crime on European soil since World War II.

Shot entirely on location in the West Bank with a largely Palestinian crew, the award-winning director Bassam Jarbawi’s debut feature Screwdriver highlights the universal trauma of reintegration after incarceration. Ziad returns home after 15 years in an Israeli jail. Hailed as a hero, with high expectations to settle back quickly into work and love, he is lost in a world he barely recognizes. Effectively capturing this unsettling inability to distinguish reality from hallucination and the haunting of memory, the film immerses viewers in a distinctly Palestinian story.

This year’s Human Rights Watch benefit gala and reception will take place on March 13 at the Royal Institute of British Architects (RIBA), screening Hans Block and Moritz Riesewieck’s documentary The Cleaners, which raises essential questions over internet control and the life-threatening erasure of entire resistance movements from the world’s sight.

Audiences also have an opportunity to watch selected festival titles online thanks to the continuing partnership with MUBI mubi.com/humanrightswatch.