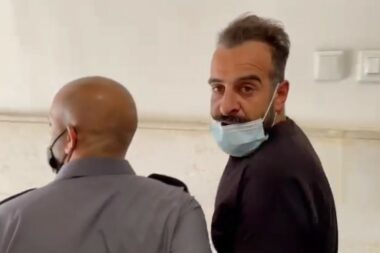 The Palestinian Detainees’ Committee has reported, Sunday, that the Israeli Prison Authority has transferred a hunger-striking detainee from the Negev Detention Camp to solitary confinement in Ela prison.

In a statement, the Committee said the detainee, Mohammad Awwad, 25, from Bethlehem, started a hunger strike on May 5th, protesting his ongoing arbitrary Administrative Detention, without charges or trial.

It added that an Israeli court denied an appeal demanding setting a timeframe for his detention, including a release date.

It is worth mentioning that Mohammad was taken prisoner on October 25th, 2020, and was slapped with a six-month Administrative Detention order without charges. He is also a former political prisoner, who was repeatedly abducted and imprisoned, and is also the son of Awwad Awwad, who was killed by the army several years ago.