I am American, Jewish and Banned from Israel for my Activism 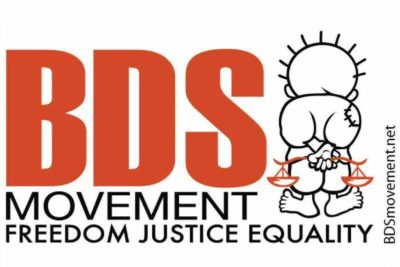 Medea Benjamin is an author and cofounder of Codepink: Women for Peace. Her latest book is Kingdom of the Unjust: Behind the US-Saudi Connections.

This month, Israel announced that activists affiliated with 20 organisations, including mine Codepink, would be banned from entering Israel and occupied Palestinian territories because of our support for the BDS.

As a Jew, this causes me tremendous sadness because I have a lifetime attachment to Israel and Palestine. It also deepens my commitment to working for peace and equality for all the peoples of the region.

I first went to Israel 50 years ago, right after the June 1967 war. I was 16 years old and spent the summer living on the kibbutz Ein Gedi, right on the Dead Sea. I loved the kibbutz, where I learned about farming, communal living and socialism (yes, it was a socialist kibbutz at the time). I also learned, however, about the contempt and racism many Jews exhibited towards Palestinians and other Arabs.

I made friends with Arabs who taught me how the Jewish state had dispossessed Palestinians from their lands during Israel’s establishment, created millions of refugees who were not allowed to return, and denied basic rights to the Palestinians who remained as second-class citizens

Over the years, I have stood in solidarity with both Palestinians and Israelis trying to build a truly democratic nation. I co-founded the group Global Exchange, which has been taking delegations to the region since 1990. Unlike most trips organised by US groups, these trips take people to meet Palestinians in the occupied West Bank. They work together in the olive harvest, join efforts to stop Palestinian homes from being demolished by Israel’s ever-expanding illegal settlements, and meet with Israelis who defend Palestinian rights.

In 2002, Jodie Evans and I founded the women-led peace group Codepink, to stop the war in Iraq. Along with protesting the US’s ongoing wars in Iraq and Afghanistan, weapons sales to Saudi Arabia, and other aspects of militarism, we have incorporated the Palestinian struggle for freedom into our agenda.

After the horrific 2009, 2012 and 2014 Israeli bombings of Gaza, we took hundreds of people to the beleaguered Gaza Strip to witness the devastating human suffering and bring critical humanitarian aid. We joined up with the international Freedom Flotillas that every year since 2010 have been sending ships to try to break the Israeli-imposed blockade of Gaza and its collective punishment of more than 2 million Palestinians.

We have pushed the US government to stop giving more than $3bn of our tax dollars to the Israeli government in military aid each year. We have supported courageous Palestinians such as Issa Amro and peaceful 16-year-old Ahed Tamimi who face long jail sentences for their human rights activism, and worked with wonderful Israeli groups such as Rabbis for Human Rights and the Israeli/Palestinian Coalition of Women for Peace.

In 2005, when Palestinian civil society called on the global community to support BDS as tactic to advance their struggle for freedom, justice and equality, we signed on. Over the years, we have engaged in successful advocacy campaigns, such as pushing the cosmetics company AHAVA and SodaStream to move their factories out of illegal West Bank settlements. We are also campaigning to stop AirBnB and Remax from renting and selling settlement properties.

The Palestinian-led BDS movement is fashioned after the boycott movement that helped bring down apartheid in South Africa. Its goal is to apply nonviolent economic pressure on Israel until it ends its occupation of all Palestinian lands ‘conquered’ in 1967, grants equal rights to Palestinian citizens of Israel, and honours United Nations resolution 194 that upholds the right of return for Palestinian refugees expelled from their homes by Israel.

Beyond the movement’s economic impact, it has transformed the discourse around Palestinian disenfranchisement and built a broader global movement. From major church denominations, academic associations and labour groups, to social justice movements like Black Lives Matter and Standing Rock, to pop culture icons refusing free trips to Israel, as BDS grows worldwide, Israel becomes more and more desperate to contain it. The latest effort is this blacklist of 20 pro-BDS organisations.

This new ban comes on the heels of arrests and prosecutions of nonviolent Palestinian activists who face long jail sentences. It is clear that Israel, egged on by its supporters in the Trump administration, is increasing its repression of human rights activists and critics.

This tactic, however, will only continue to make a pariah of the Israeli government. As former South African government minister Ronnie Kasrils said: “Attempts by the former South African apartheid government to discredit and threaten the BDS movement failed and backfired, only intensifying international protest which assisted in bringing down that unjust regime. Apartheid Israel is following that path.”

In the face of Israel’s increasingly draconian attempts to suppress nonviolent activists at home and abroad, we will strengthen our principled work in support of freedom and justice for all people in ‘Israel/Palestine.’