“I Watched My Father And Brother Killed By Israeli Bombs. For Me, The UK Arms Trade Is Deeply Personal” 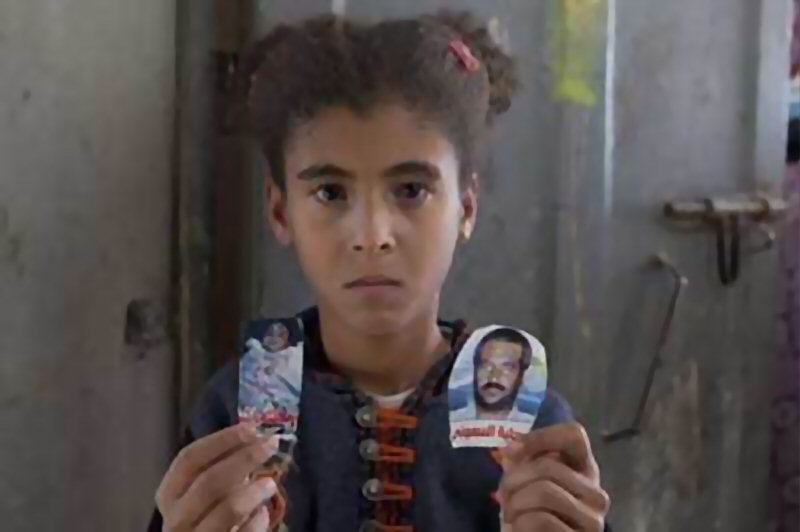 “The UK has, for the first time, officially invited the Israeli government to participate in the world’s largest arms fair at DSEI, set to take place in London, this month. I’m calling on UK citizens to make their voices heard.” – Amal Samouni

For many people who have lived a life free from war and military occupation, the global arms trade may seem like a distant or even irrelevant issue. But, for Palestinians like me, it is an inescapable and painful reality.

I am a 19-year-old who has spent my entire childhood in the Gaza Strip, a place sometimes described as the world’s “largest open air prison”. This is because of the crippling military blockade enforced on the region by the Israeli state, which denies us access to basic rights and resources every single day.

Not only this, but Gaza has been the target of a number of major bombing assaults by Israeli forces during my lifetime. The attack during “Operation Cast Lead” took place over 22 days, in 2008-9, when I was just 10 years old, and changed my life forever.

In the midst of the bombings on 4 January, 2009, Israeli forces stormed my family home, ordered my father out, and shot and killed him at our front door. Then, they set fire to our home and starting shooting at the rest of us, injuring my four-year-old brother Ahmed and two other children. Next, over 100 extended family members were rounded up and forced into the house of my uncle Wa’el al-Samouni, where we stayed for a day and a half, with only the food or water that was in the house.

It was there where my little brother succumbed to his injuries, as none of the injured were allowed to leave, and one of my aunts gave birth during the ordeal. A cousin and two of my uncles were bombed and killed while looking for firewood, or standing at the door. The Israeli government denies that it ordered residents to gather in one house.

Finally, Israeli forces bombed the building, killing 23 family members and leaving me trapped under rubble, next to their bodies, for three days. On 7 January, I was somehow found alive. Over 29 members of my extended family were killed over these days, with many others permanently injured. Shrapnel, which I can still feel, has remained lodged in my brain, which, as I grew up, left me to endure nose bleeds, pain in my eyes and ears, and headaches that continue today.

No human being should have to endure this kind of trauma and violence, let alone any child. Yet Operation Cast Lead alone killed 1,400 people, including more than 330 children. My story is just one of thousands of others lived by Palestinians in Gaza -– and the deadly attacks against my people continue to this day.

A decade later, me and my family continue to resist Israel’s brutality and the oppression of our community. Since March of last year, hundreds of thousands have been protesting at the Gaza fence, in a series of protests called the “Great Return March”. We are calling for an end to the siege and for the realisation of our fundamental right, as enshrined in international law, to return to the homes from which the majority of Palestinians have been forcibly displaced.

In response, despite repeated denials that its troops intentionally target civilians, Israel has met our unarmed protests with brutal live fire, killing over 250 and injuring over 27,000. A decade on from Operation Cast Lead, Israeli bullets and bombs are still tearing our community apart.

So, how can any government or organisation that claims to uphold human rights condone these crimes? I would like to put this question, in particular, to the UK government.

The UK has, for the first time, officially invited the Israeli government to the world’s largest arms fair at DSEI, set to take place in London, this month. This is despite my story, thousands of other Palestinian testimonies and even a UN Commission of Inquiry report, earlier this year, which found that Israeli forces had committed grave violations against protesters in Gaza, which, in the words of the report, may have constituted “war crimes or crimes against humanity.”

By welcoming Israeli arms companies which market their weapons as “battle-tested” –- due to them being tested on us Palestinians in Gaza -– the UK government is directly complicit in the Israeli government’s ongoing crimes against us, well-documented by all the major human rights organisations.

But, this is only half the story.

Since the bombing of Gaza, in 2009, Britain has also increased its arms imports and exports to and from Israel. Israel’s arms trade with countries maintains our systematic oppression –- and countries like the UK are directly profiting from it. We are told that the UK’s own policy on arms exports, if applied consistently, would prohibit the sale of arms when there is a risk that they would be used for the abuse of human rights and grave violations of international law.

As such, the UK government is demonstrating a total disregard for Palestinian lives and for the memory of all those murdered by the Israeli state, including my own precious father and brother, whom I lost in front of my eyes, as a child.

I’m calling on UK citizens to show international solidarity with Palestinians by joining hundreds of human rights activists in taking action against the upcoming DSEI arms fair. I also call on the UK government to implement an immediate two-way arms embargo, between the UK and Israel, until it ceases its violations against me and my people.

A commitment to human rights means nothing if it’s simply words on a piece of paper. The UK government must act immediately, to end its complicity with the violent repression of the Palestinian people. Not just in memory of my father, brother and all the other victims of Israel’s regular bombing of our people, but to stop yet more tragedies happening to other families, like it did to ours.

This is a first person account of events in January 2009. Israeli authorities have always maintained that they were responding to Palestinian rocket fire into Israel. The Israeli military has announced that it is investigating what happened at Zeitoun.