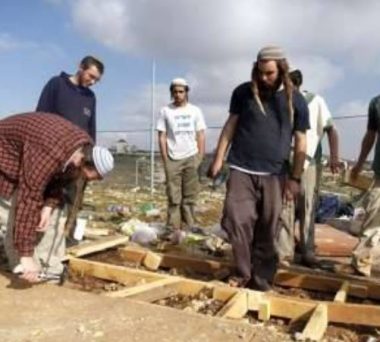 Ghassan Daghlas, a PA official who monitors Israeli colonialist settlement activities in the northern West Bank, said the Palestinians found out about the new outpost, Wednesday, when they headed to their lands and saw five mobile homes illegally installed on their lands.

Daghlas added that the colonialist even installed poles and other infrastructure in preparation to establish their outpost on the Palestinian lands.

He stated that the latest violation is very serious, especially since the Israeli authorities are preparing plans aiming at linking various illegal outposts in Nablus and Ramallah with nearby colonies in order to officially legalize them as “neighborhoods.”

Israel’s colonialist activities in the West Bank, including in and around occupied East Jerusalem, are illegal under International Law, the Fourth Geneva Convention and various United Nations resolutions.